Arts on the street. A journey through Moabit with Melissa Steckbauer 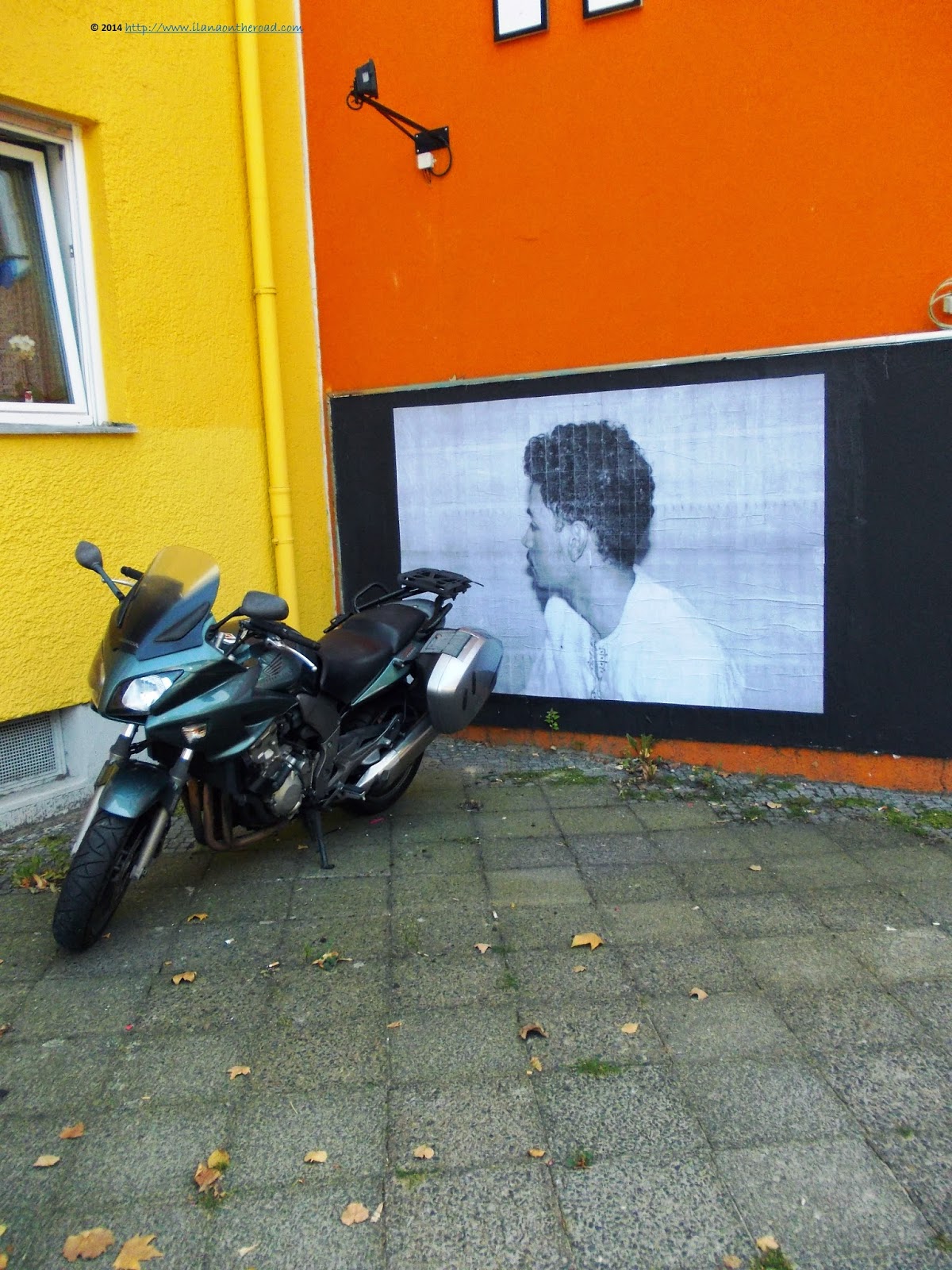 Admiring art in the classical exhibition space is part of our cultural European normality. However, for two centuries already, art is going out of the comfort zone and is entering our life. Our life as humans, with or not high-end aesthetic standards. I know that maybe will refuse to call graffiti as 'art' but my humble understanding is that the manifestations of human spirituality should be easily included into this category. Art means in this sense the effort to make the world a better and more beautiful place. 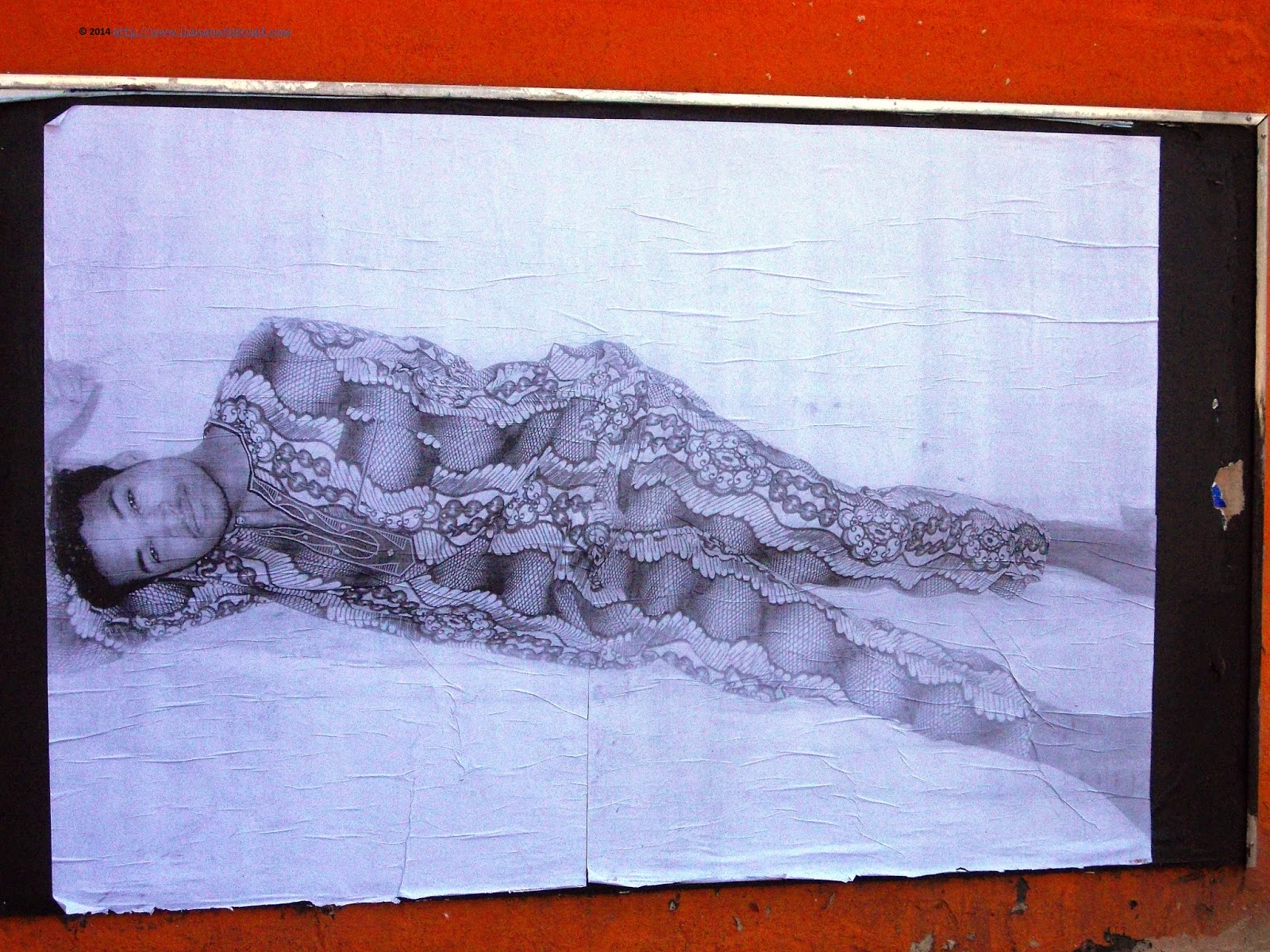 With this open mind, I followed at the beginning of this autumn my friend artist Melissa Steckbauer across Moabit for a long art tour explaining her latest - at the time - art project in Berlin. Together with Korede Amojo, a young enthusiast from a Nigerian-German family involved in various volunteering projects most of them on behalf of immigrants groups in Germany, she created personalized corners in the city, part of Amojo's love letter to Moabit, an area where he spent a lot of time of his life. 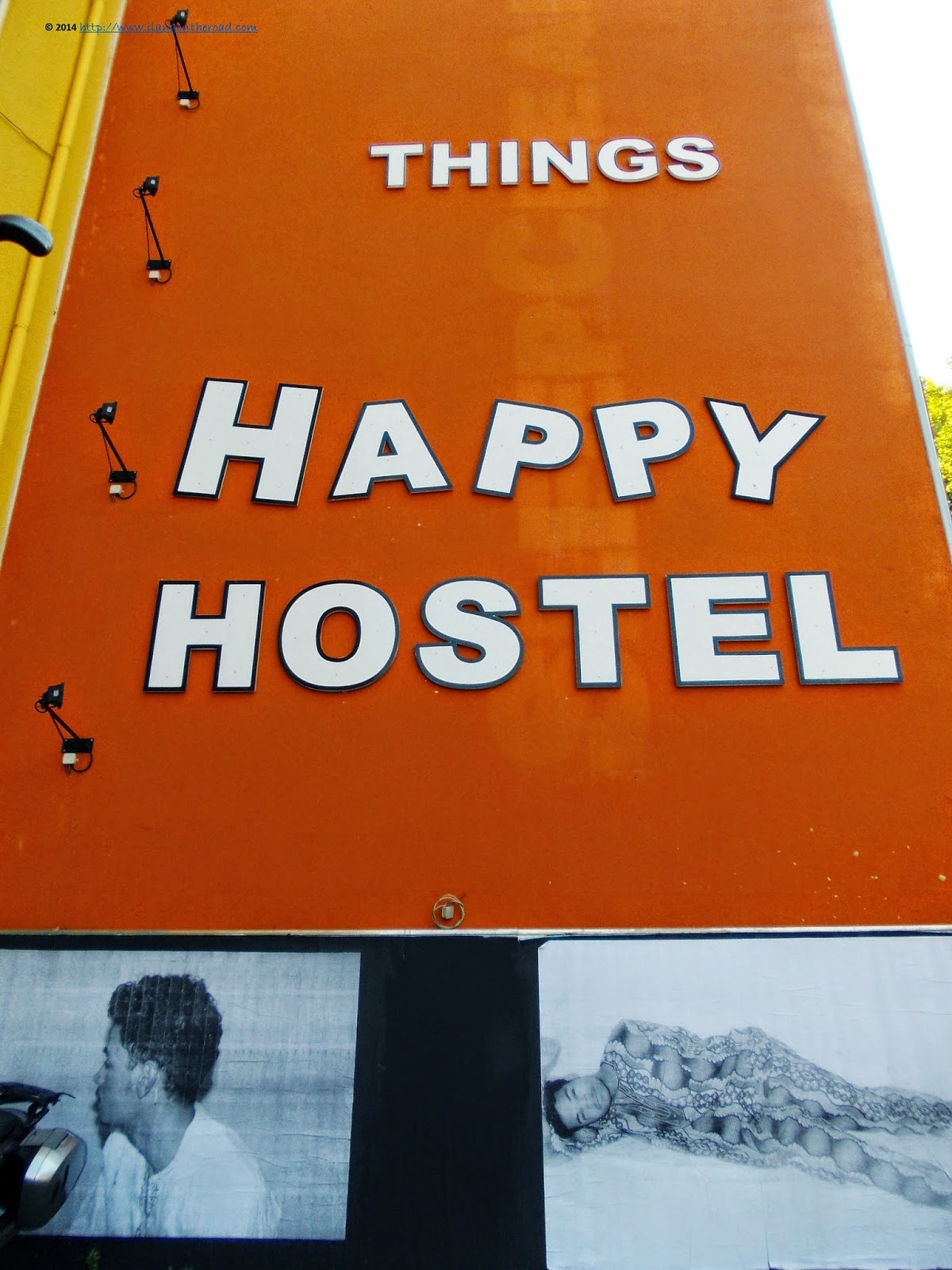 The journey started at the Happy Hostel, located close to the famous Moabit prison. The hostel itself used to be a brothel, but it's 'function' changed up to the changes the area went through itself. The big picture of Amojo, dressed in traditional costume, is close to the parking area, near some very classical anonymous block houses. It's the middle of the day and grandparents are coming back from school with their nephews or nieces. Not sure how many of them noticed the photos. Couple of months before, said Melissa, when pictures with a visual context more contrasting to the environment were added, they were destroyed by passers by for unclear bashful reasons...Blame the famous gentrification for that... 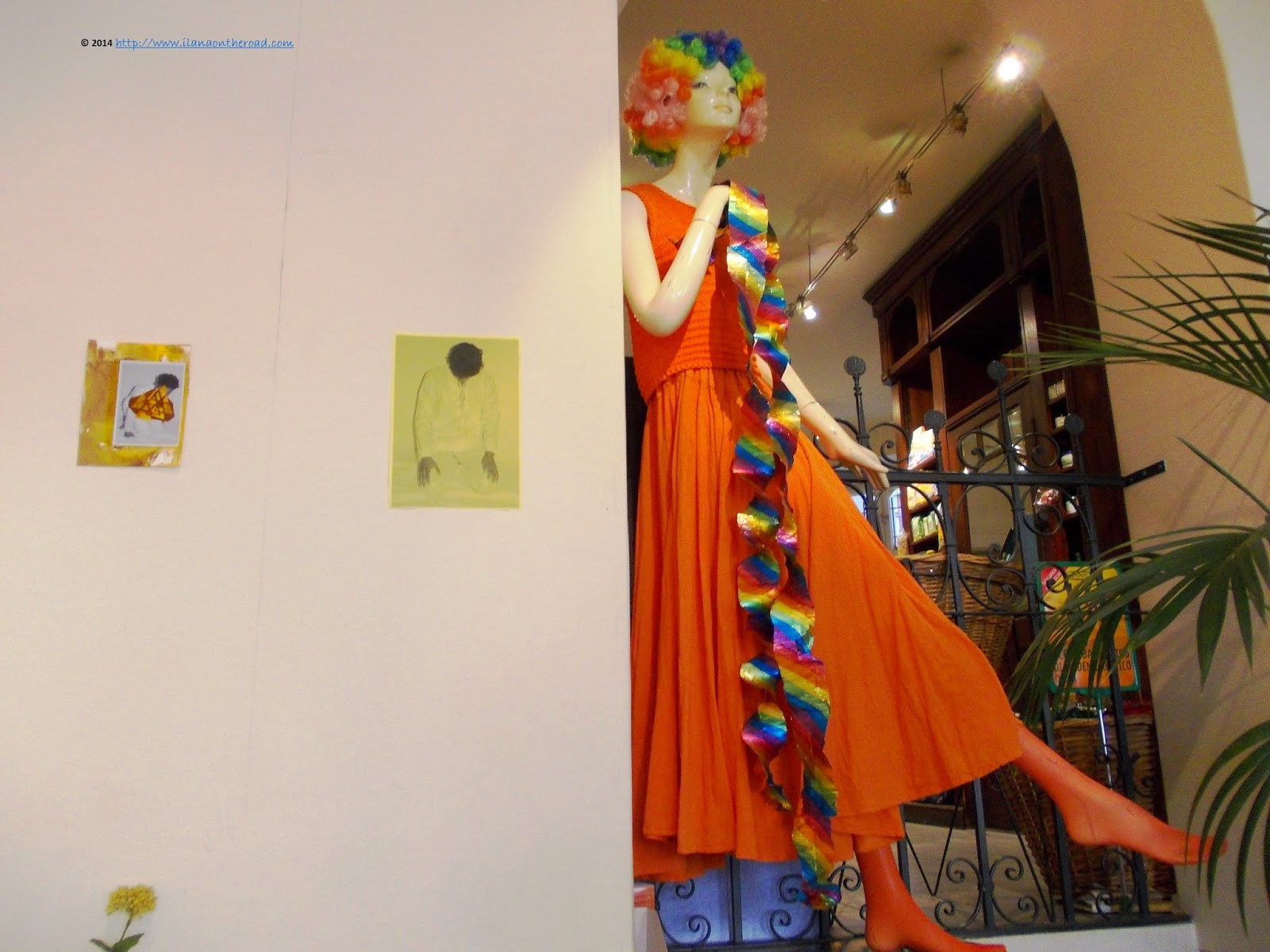 We walk a bit more, while keeping an eye to the sentimental geography of the neighbourhood. Not too many people on the street, retired persons appear at the windows checking around. We arrived at a Naturkost shop, with old furniture and bio products. 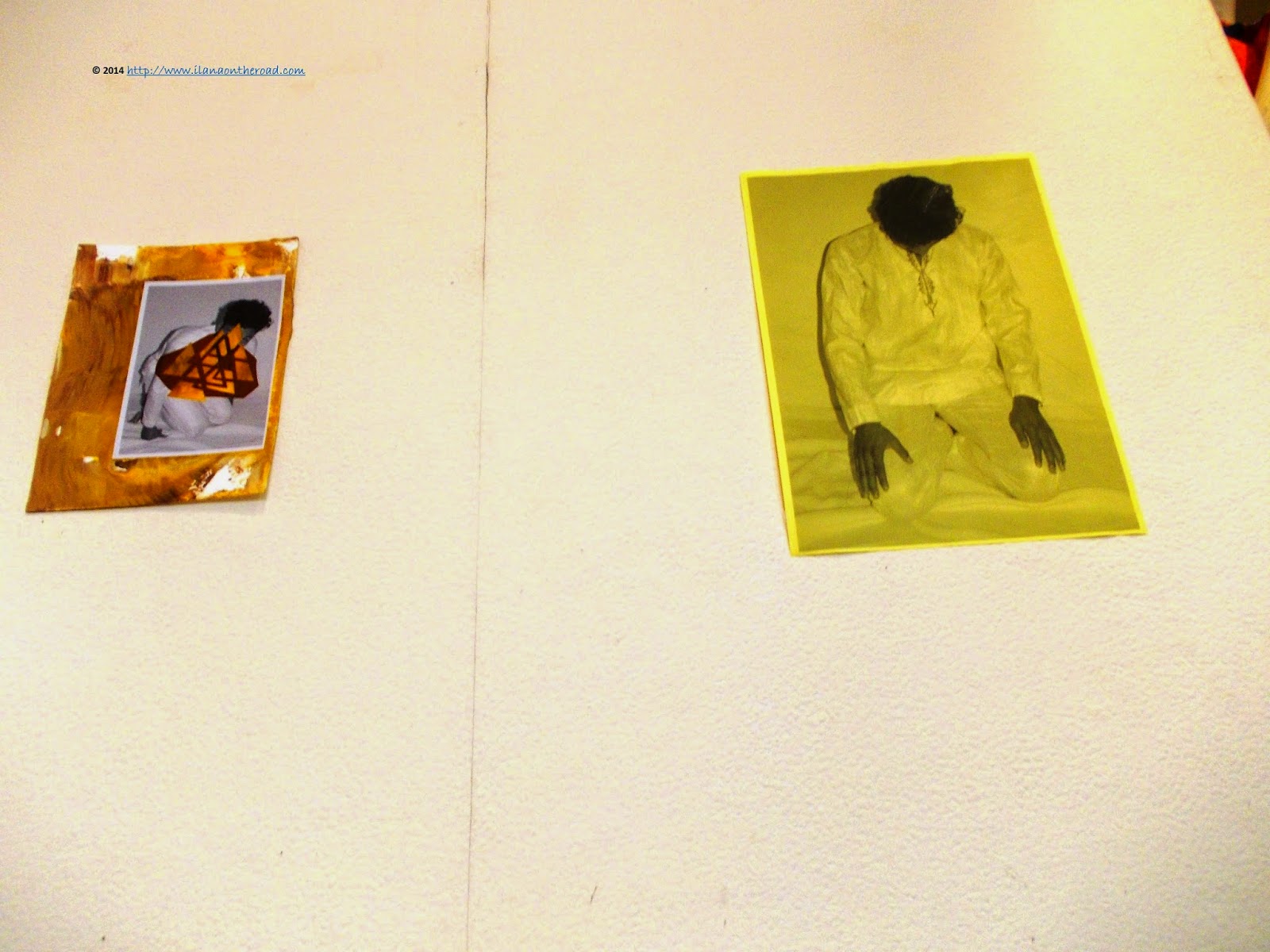 The next photos are with Amojo in a meditation posture, an attitude that, according to Melissa, is rather part of his to-do-list...The small/medium format of the pictures are discretely integrating into the environment. Art can be seen noticed also when hungry for some healthy bio food. It's important just to properly use your eyes. Next stop, the fence of a kindergarten, near a playground/Spielplatz where Amojo spent some time as a kid too. It looks like two different ages are coming together in a very gentle way. And a quote: 'Der Mensch ist nur Mensch, wo er spielt', by Schiller: 'The man is human only when playing'. 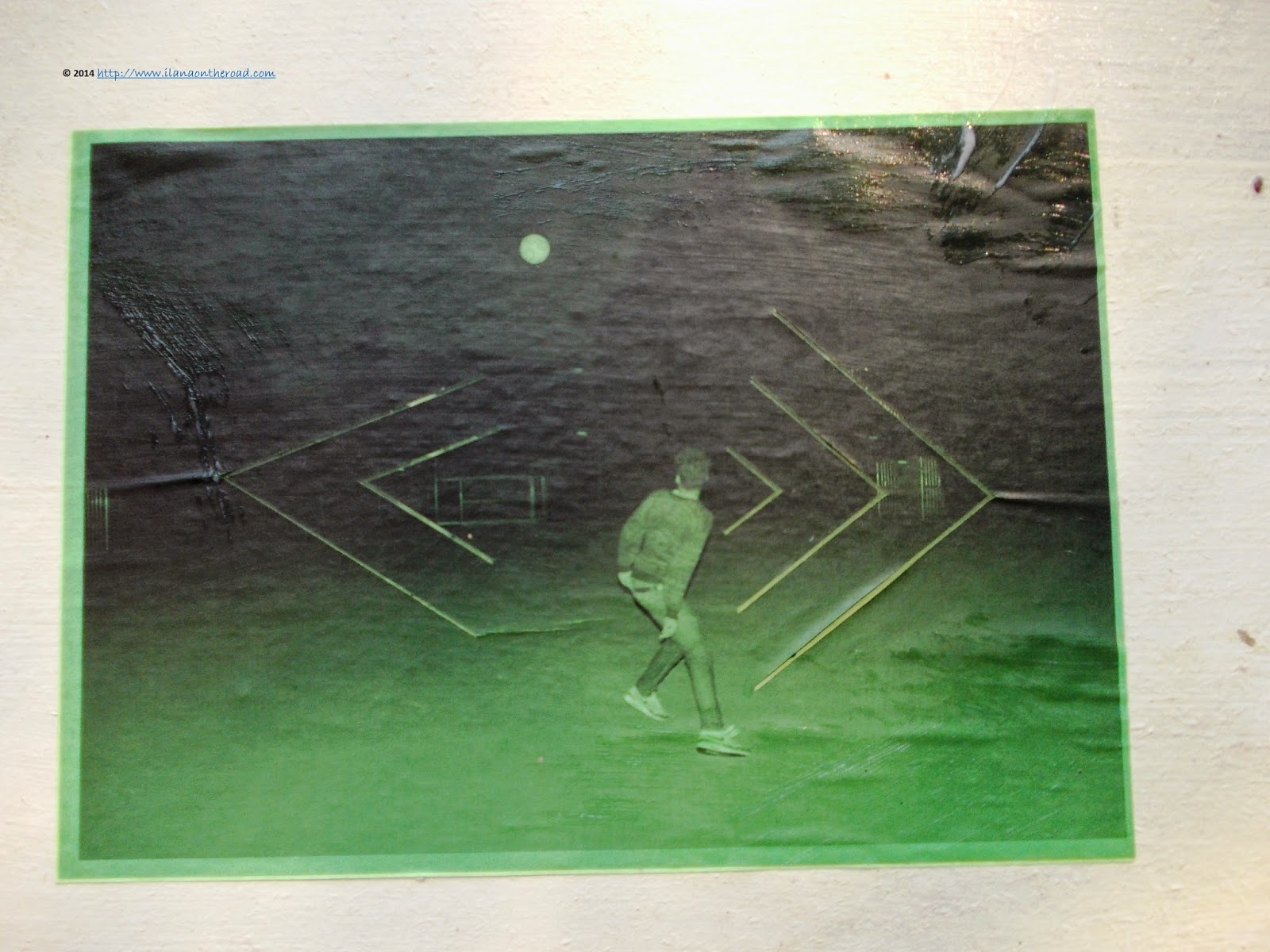 The picture was took late in the night, when he decided to stop over here, and do a bit of playing in a playground that although now was quiet, it used to be a dangerous gathering point in the old days of Moabit. 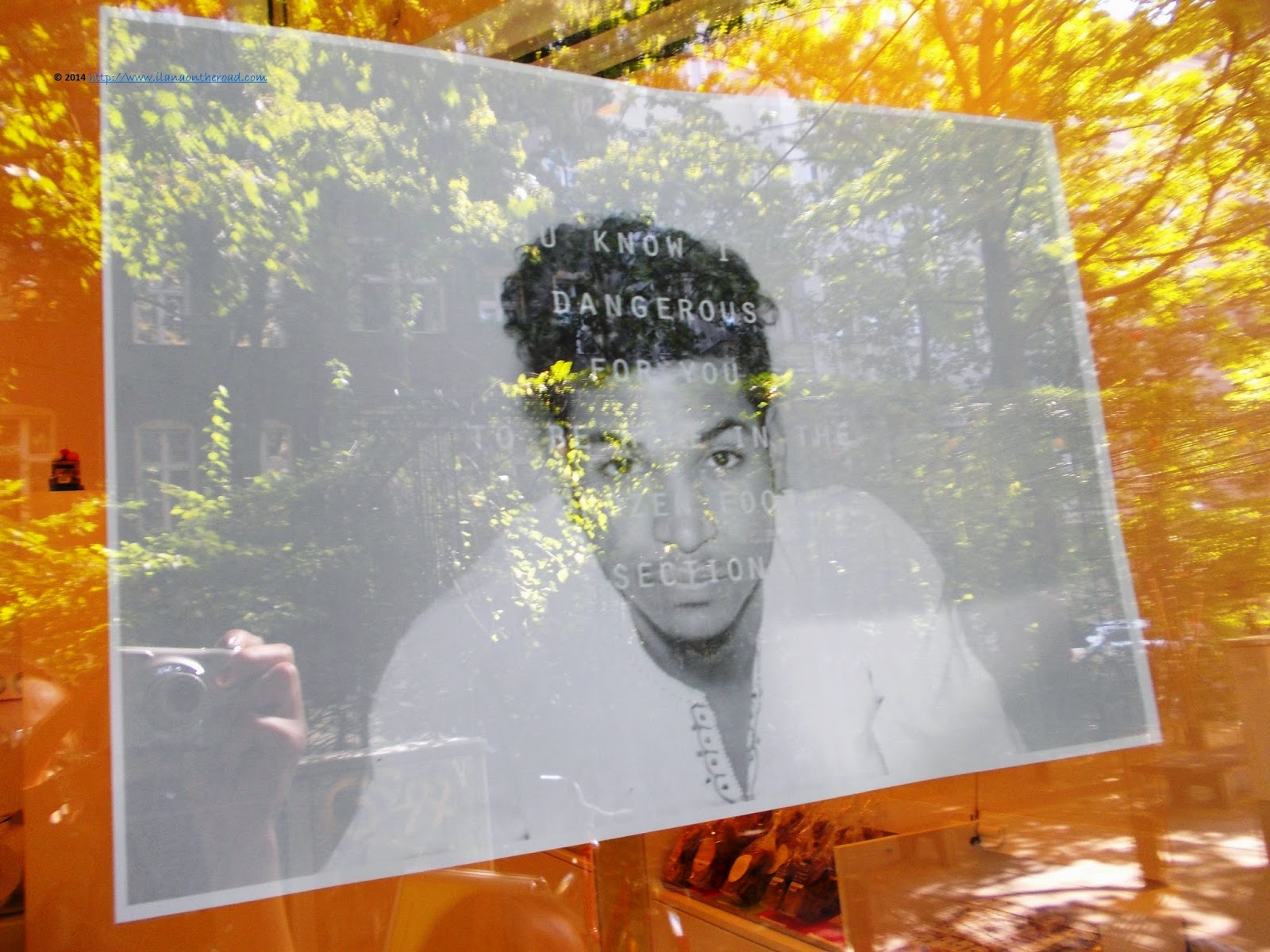 The streets we are walking now are much different, not only because they are many youngsters with children around, but also because there are more people around, talking loud, walking their dogs, enjoying the very sunny afternoon. I passed the test being able to identify the picture in the window in the first 15 seconds. 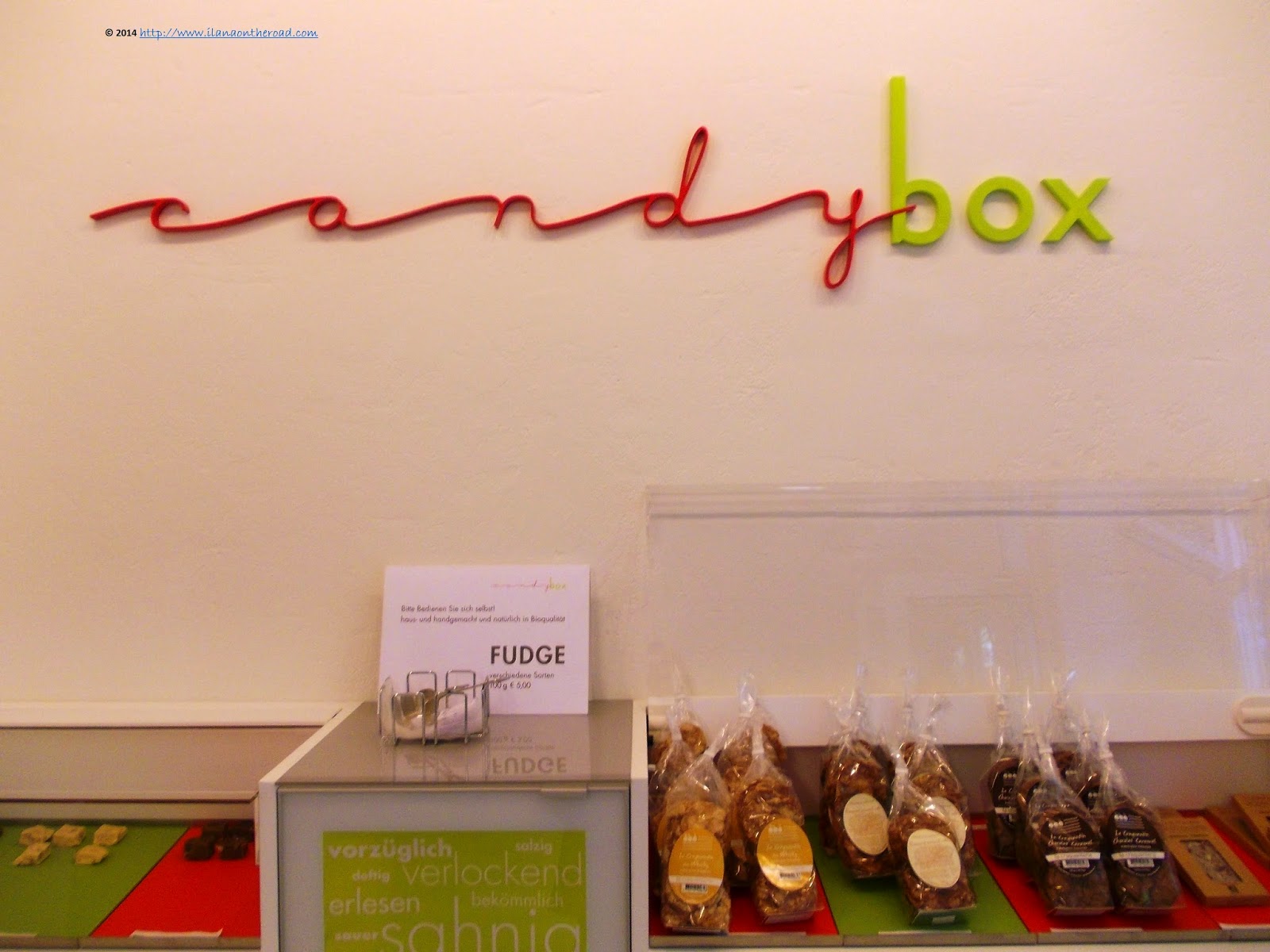 My efforts are rewarded with a delicious natural icecream, in one of the most newest and attractive spots in the area. 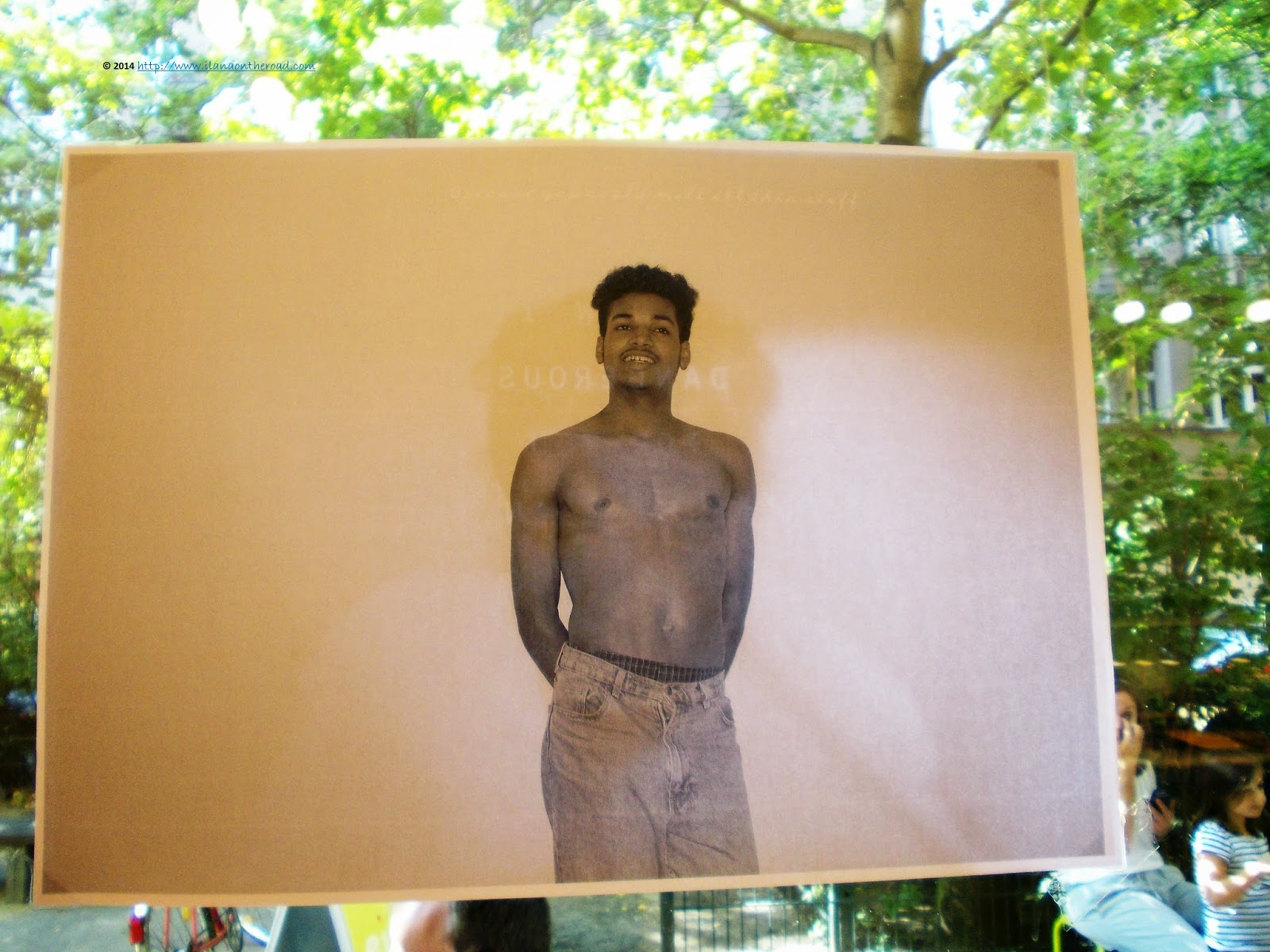 Here, there are more pictures on the two sides of the windows... 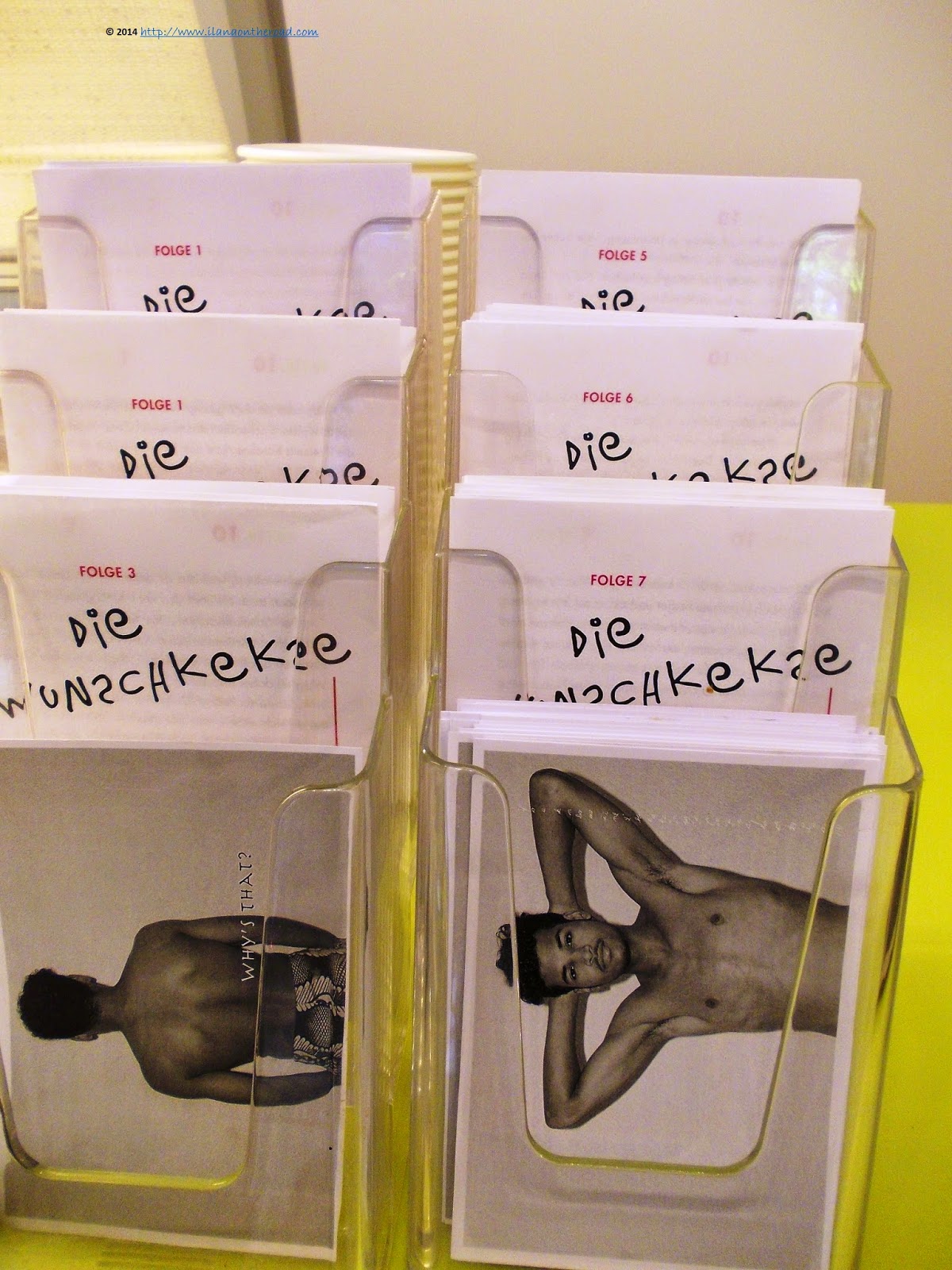 And even some take away cards... 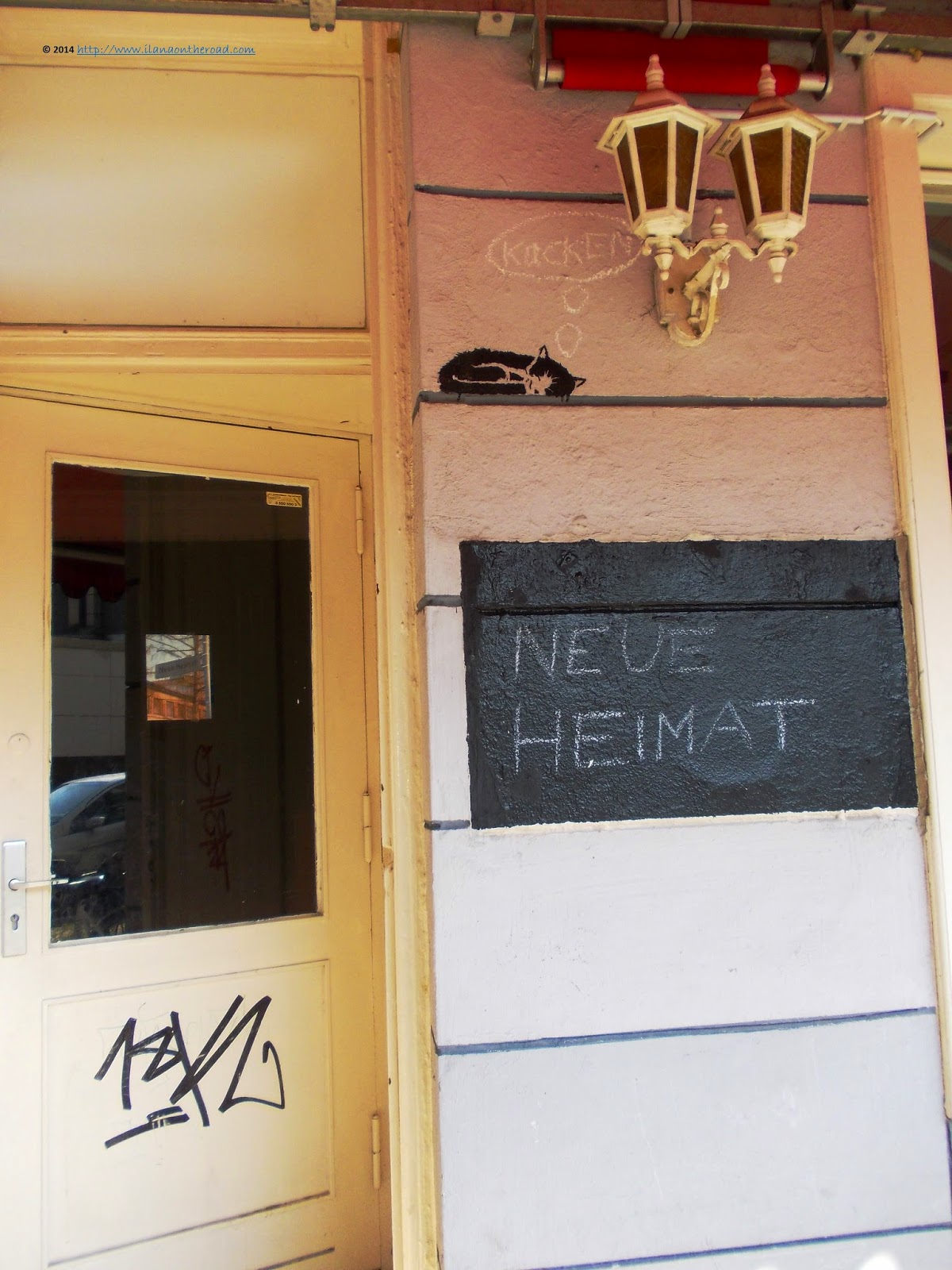 Last stop of the exhibition: Neue Heimat, a gathering place where new and old immigrants are included in various 'integration' projects, that means not only learning the language, but also getting in touch with people with similar stories and backgrounds. The kind of job Korede Amojo love to do, it seems. 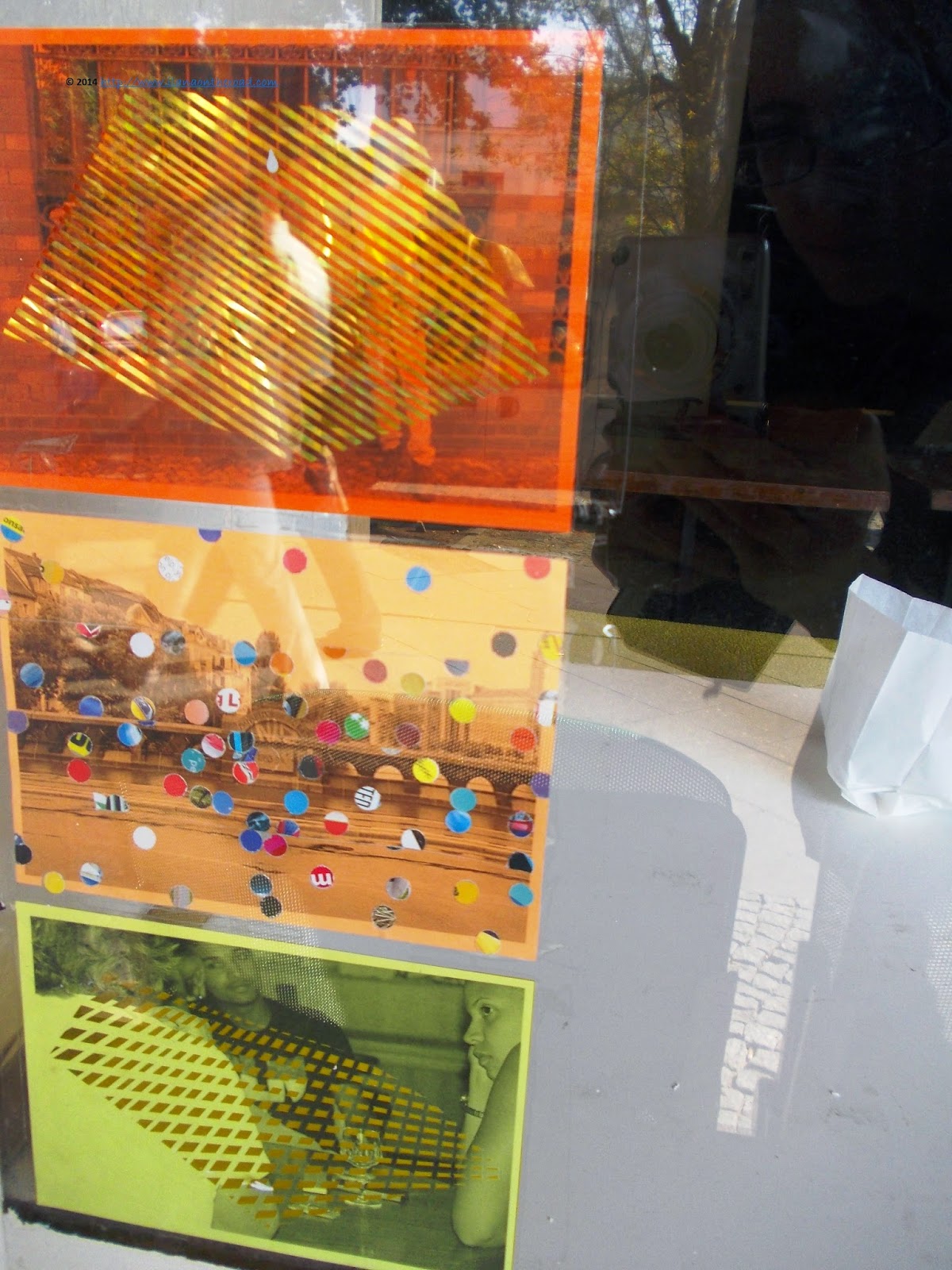 The place is closed right now, but the pictures are in the windows: the usual game of reality and illusions, real beauty and layers of colours that Melissa Steckbauer is practising. Before this tour, I did not know too much about Moabit. The long walk and the discussion, plus the specific history of each photography revealed a reality I was ignoring completely. Call it the effects of the power of the art in the city.

Thank you, Melissa, for your time and patience!
Eingestellt von ForeignerinBerlin um 03:04