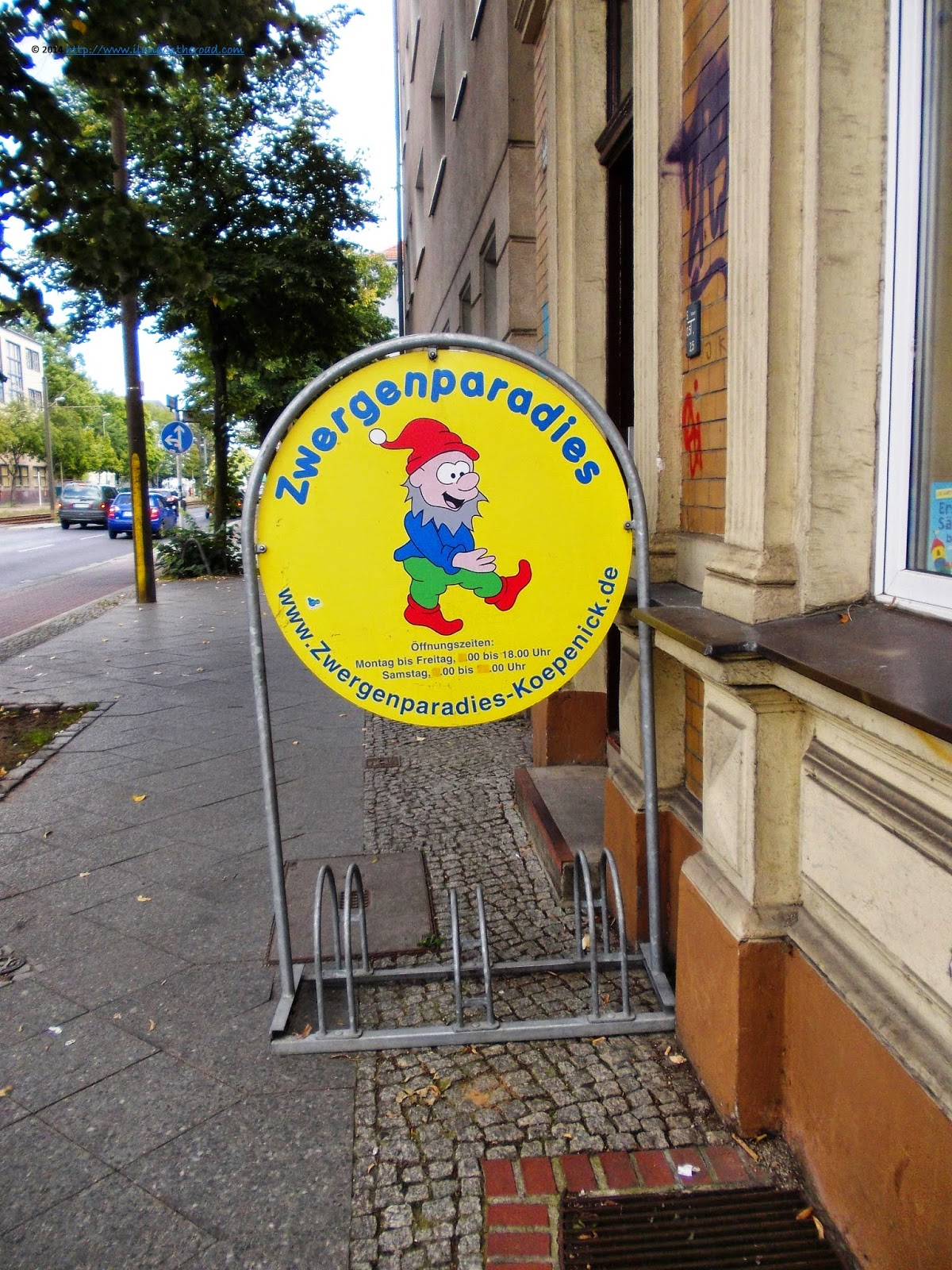 Some summers ago, I spent a couple of good days in Köpenick, but after returning from the long summer vacation, I decided that I did not have enough of this relatively unexplored part of the city. After a long S-Bahn journey, passing near industrial areas, but also near the Muggelsee, we finally arrived. I took a different way, following Grunaer street, in the direction of the castle. 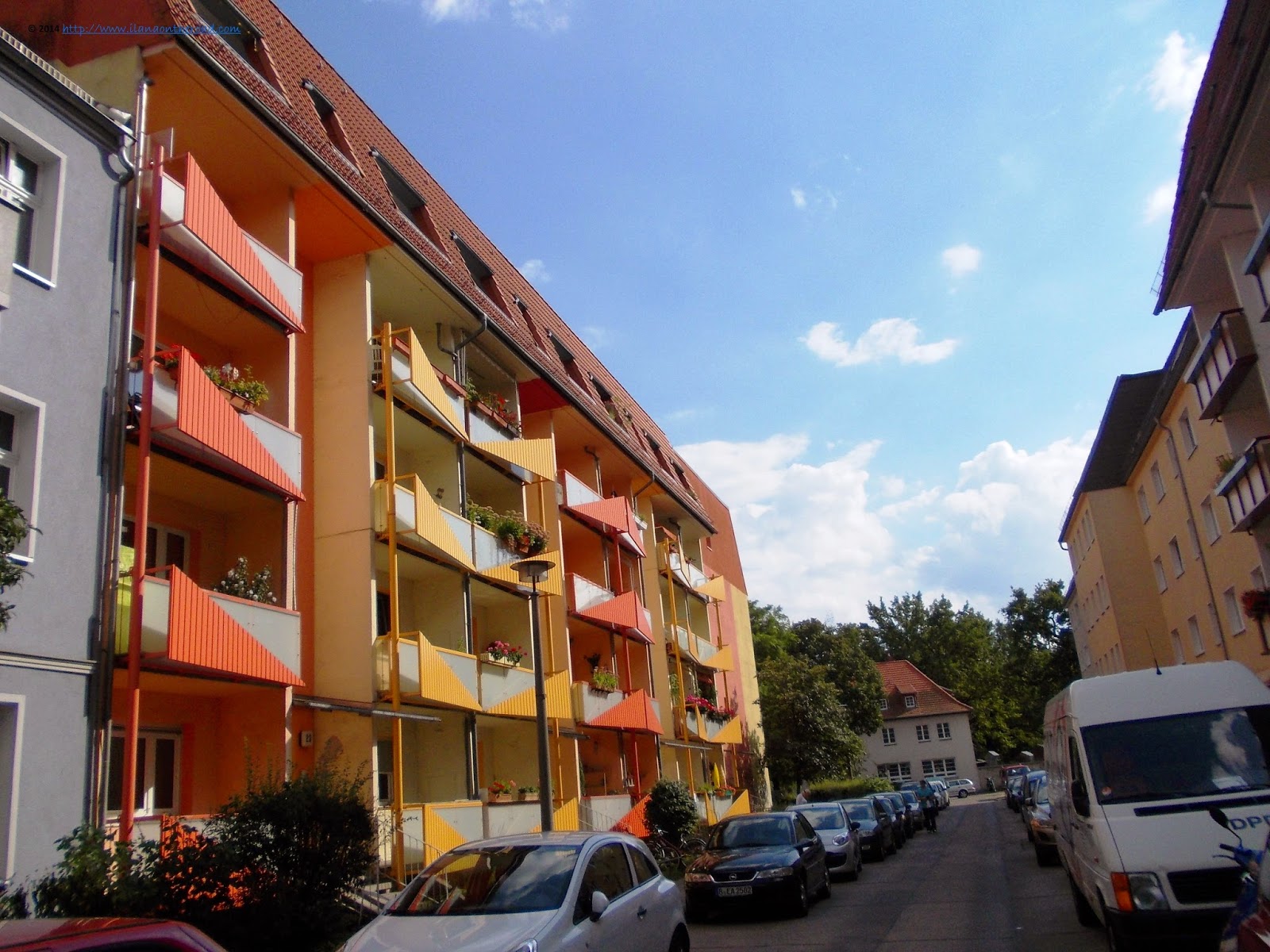 Small cheap bakeries and beer parlours, bordering small streets with colourful block houses, freshly repainted. It reminded me of some old small towns I visited a couple of summers ago in the Brandenburg area. 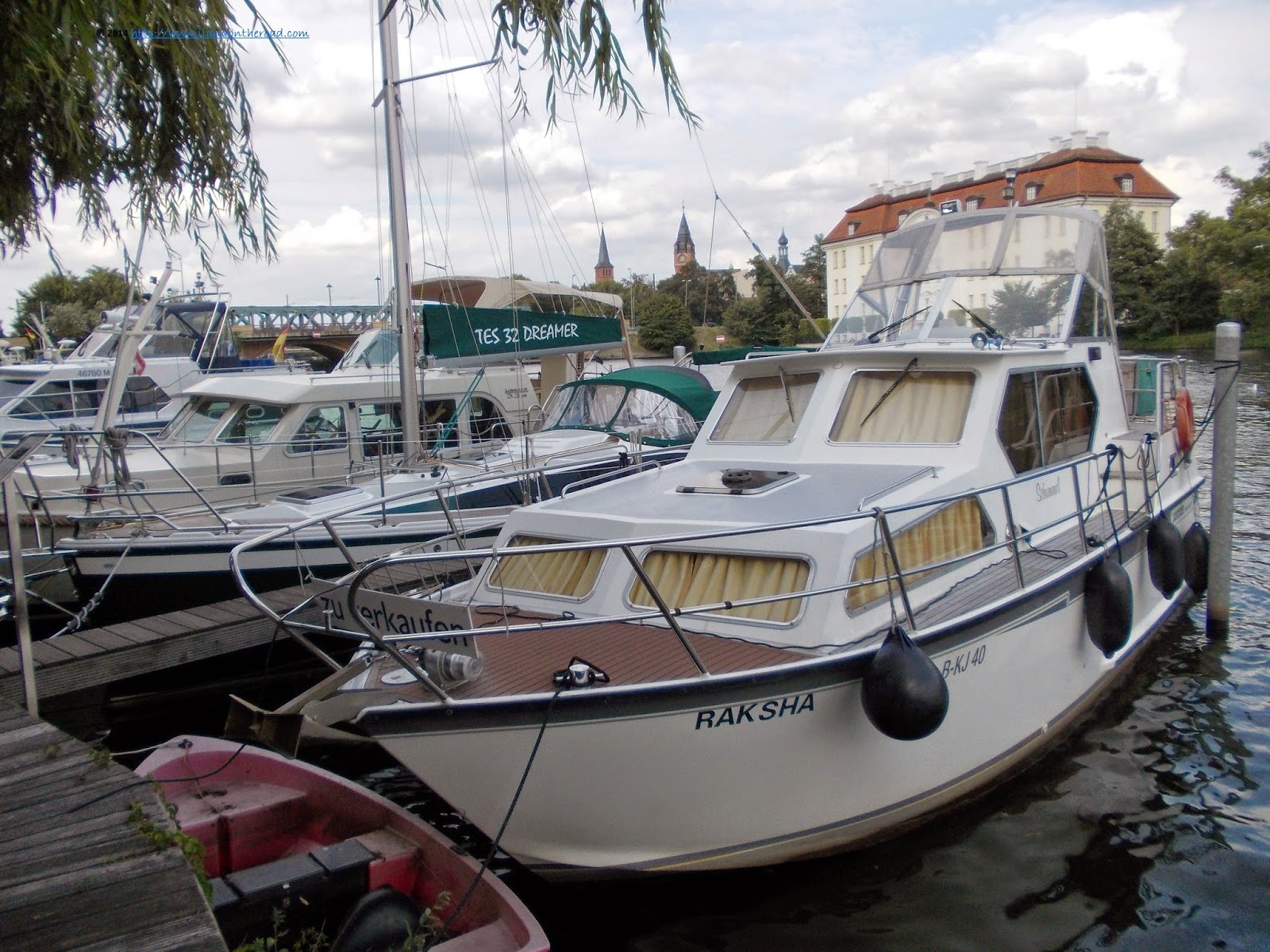 When I was almost feeling bored and put into doubt my decision to try a completely different path, near the elegant Pentahotel, I discovered a discrete parking of very expensive yachts, looking for new owners. 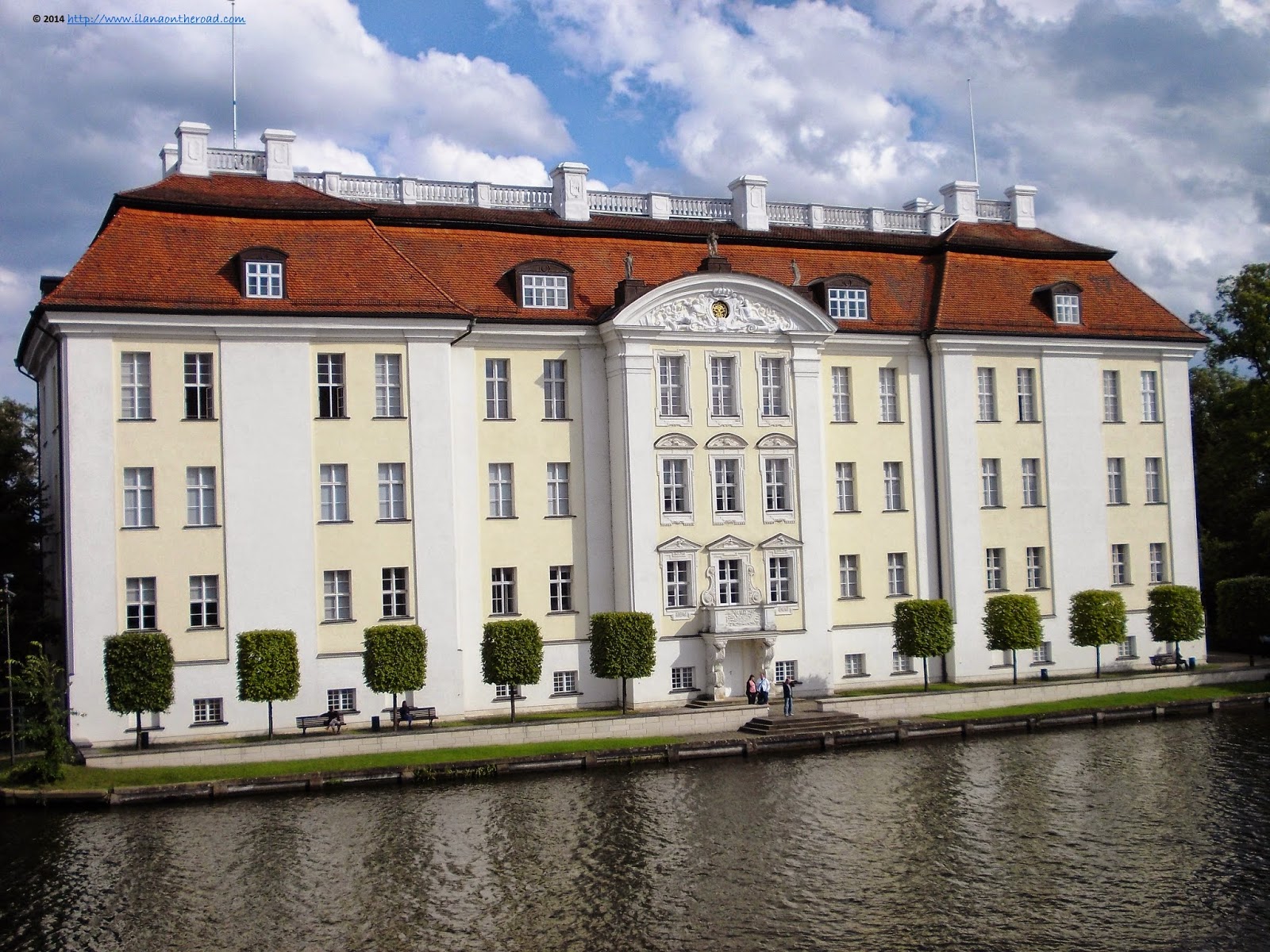 The mood changed completely when I spotted the distinguished white silhouette of the Castle, with its cubic shaped guardian trees on the border of the water. 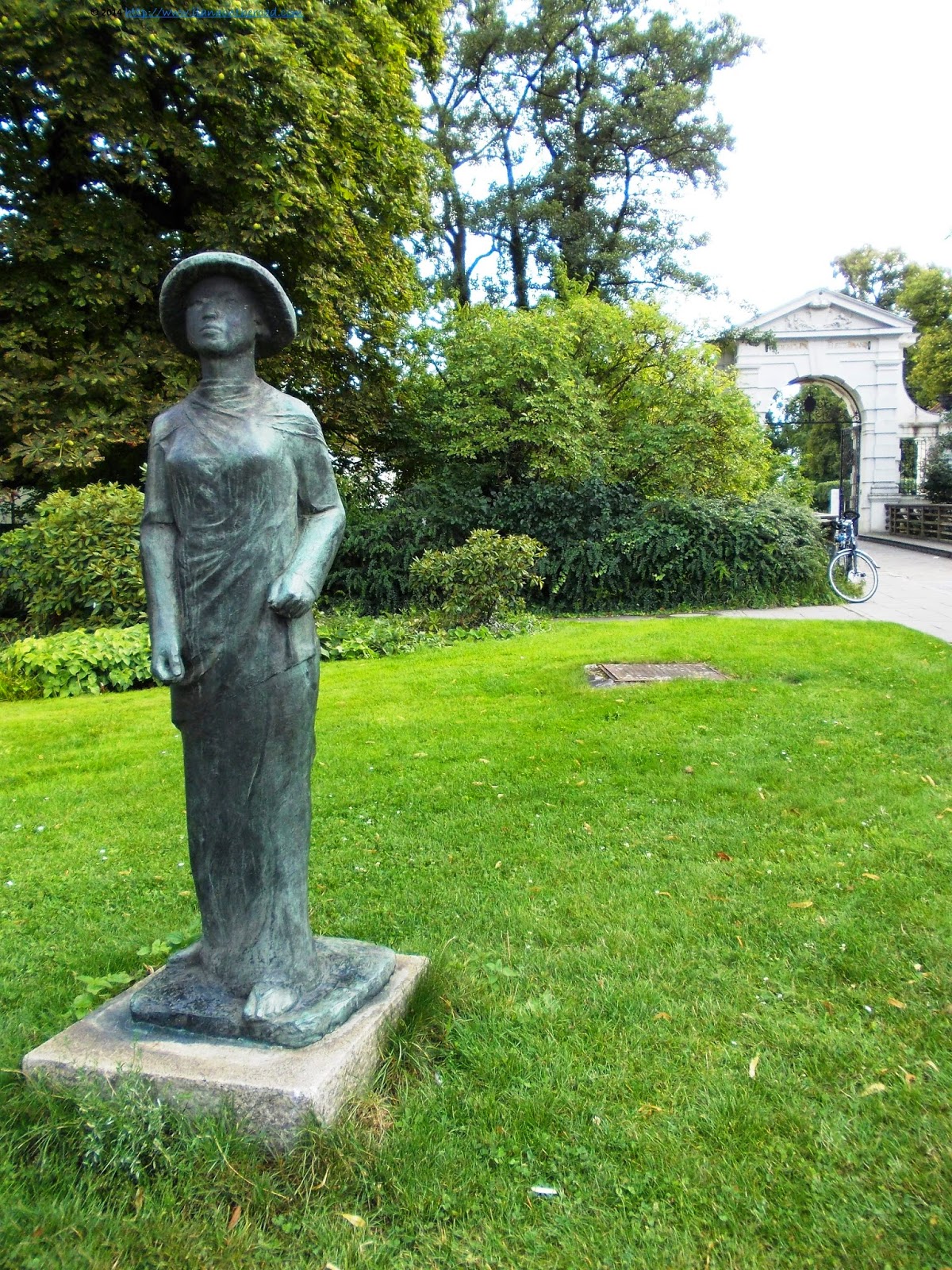 As usual, the expressionless statues were waiting in the front of the entry. 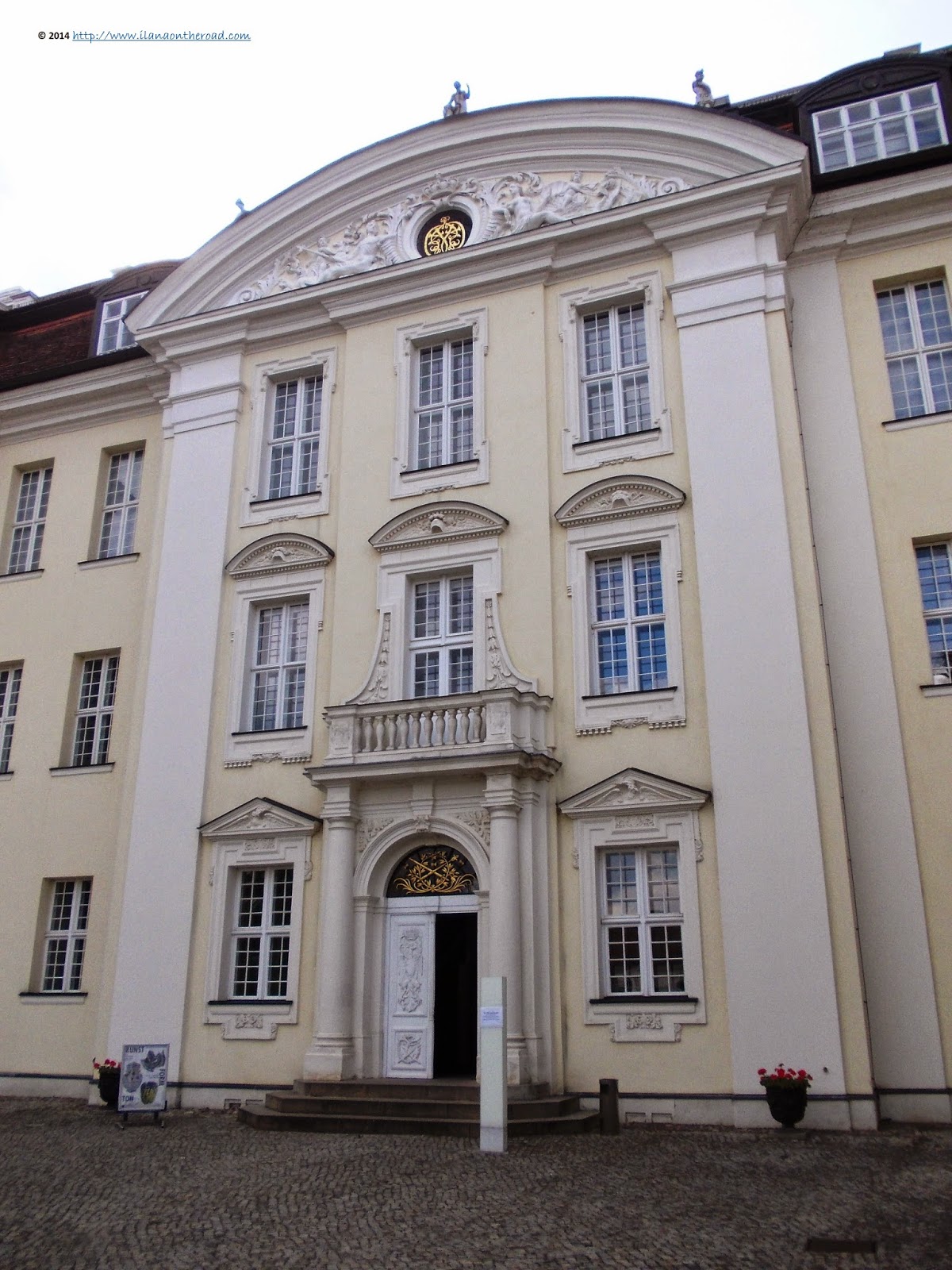 The castle was erected as a hunting lodge in 1558 by Joachim II Hector of Brandenburg, and during the 30 Years War it used to be the headquarters of King Gustav Adolphus of Sweden. Later on, in 1677, he become the property of Frederich I of Prussia. Nowadays, it hosts an interesting collection of decorative arts. 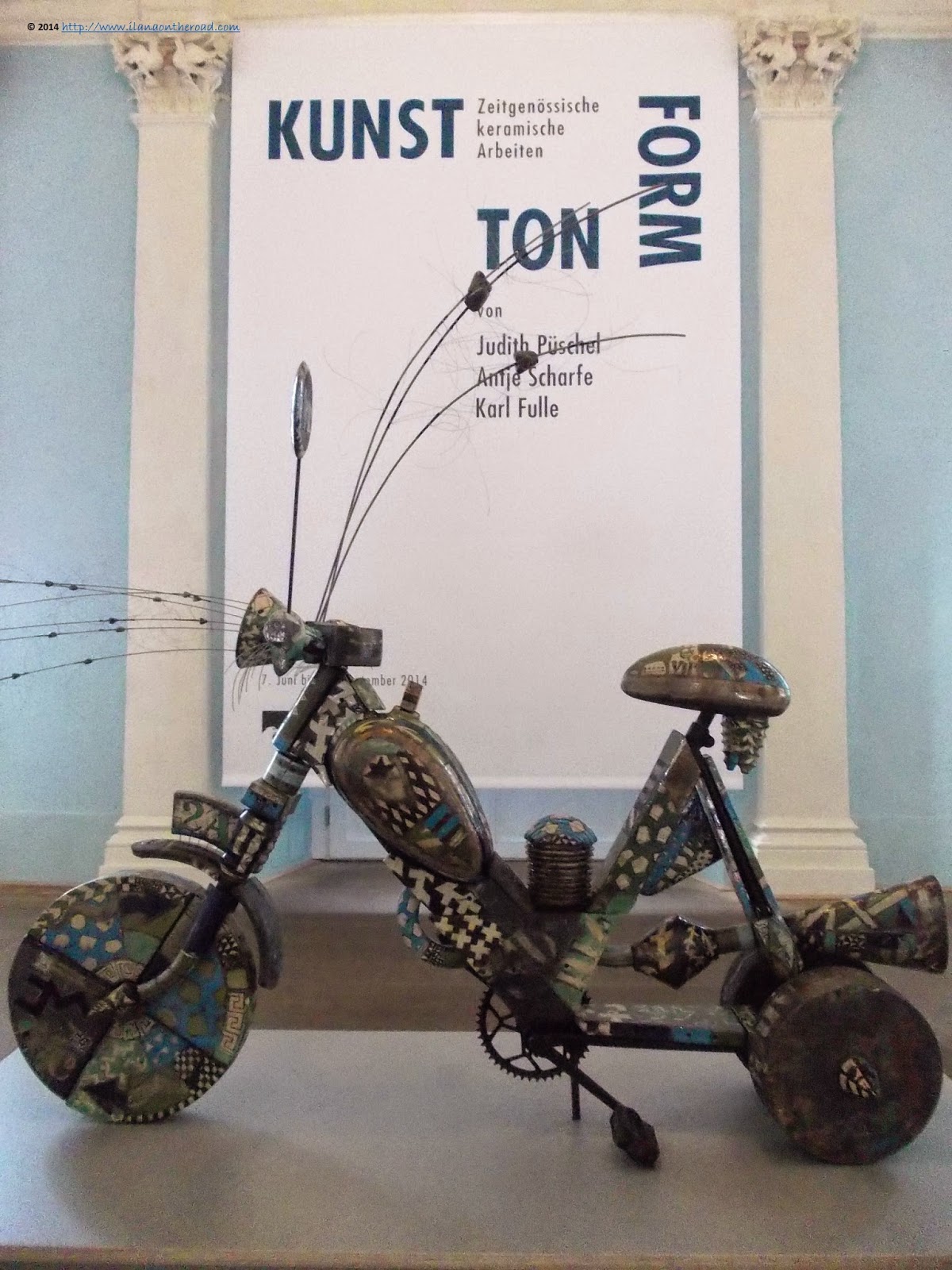 I always wanted to visit the museum castle, but every time either was closed, or one of the special concerts were taking place in the small entrance yard. This time, nothing stood against my love for the decorative arts. Besides the usual permanent exhibition, this time a creative temporary display of local artists was offered to the public. 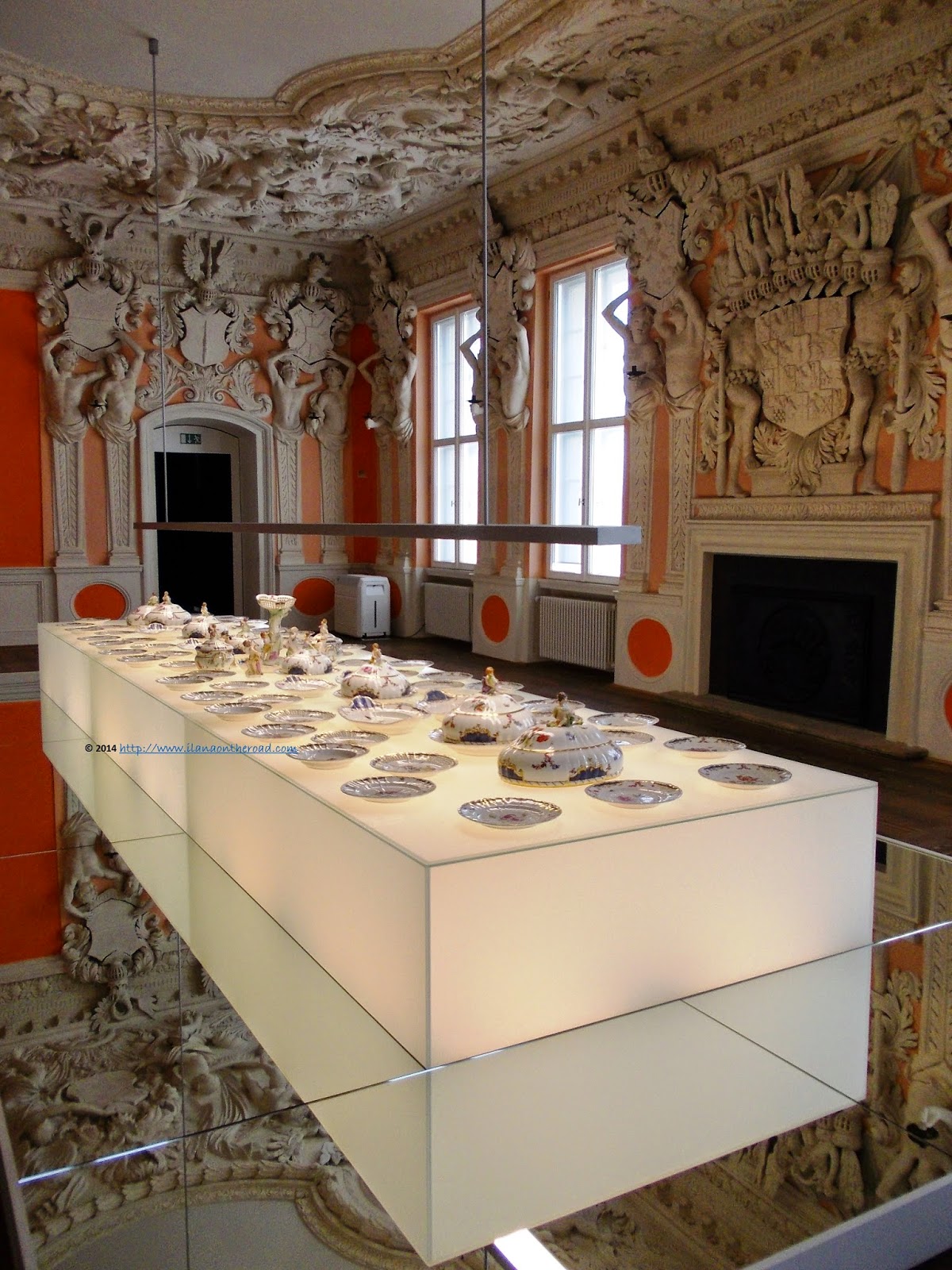 The collection is impressive, and includes several wooden walls and canopies from all over Germany and Switzerland, porcelain from Meissen, objects belonging to the German rococo and spectacular stuccatura and wall statues, China laquers and cabinets and a wide array of pieces of furniture. 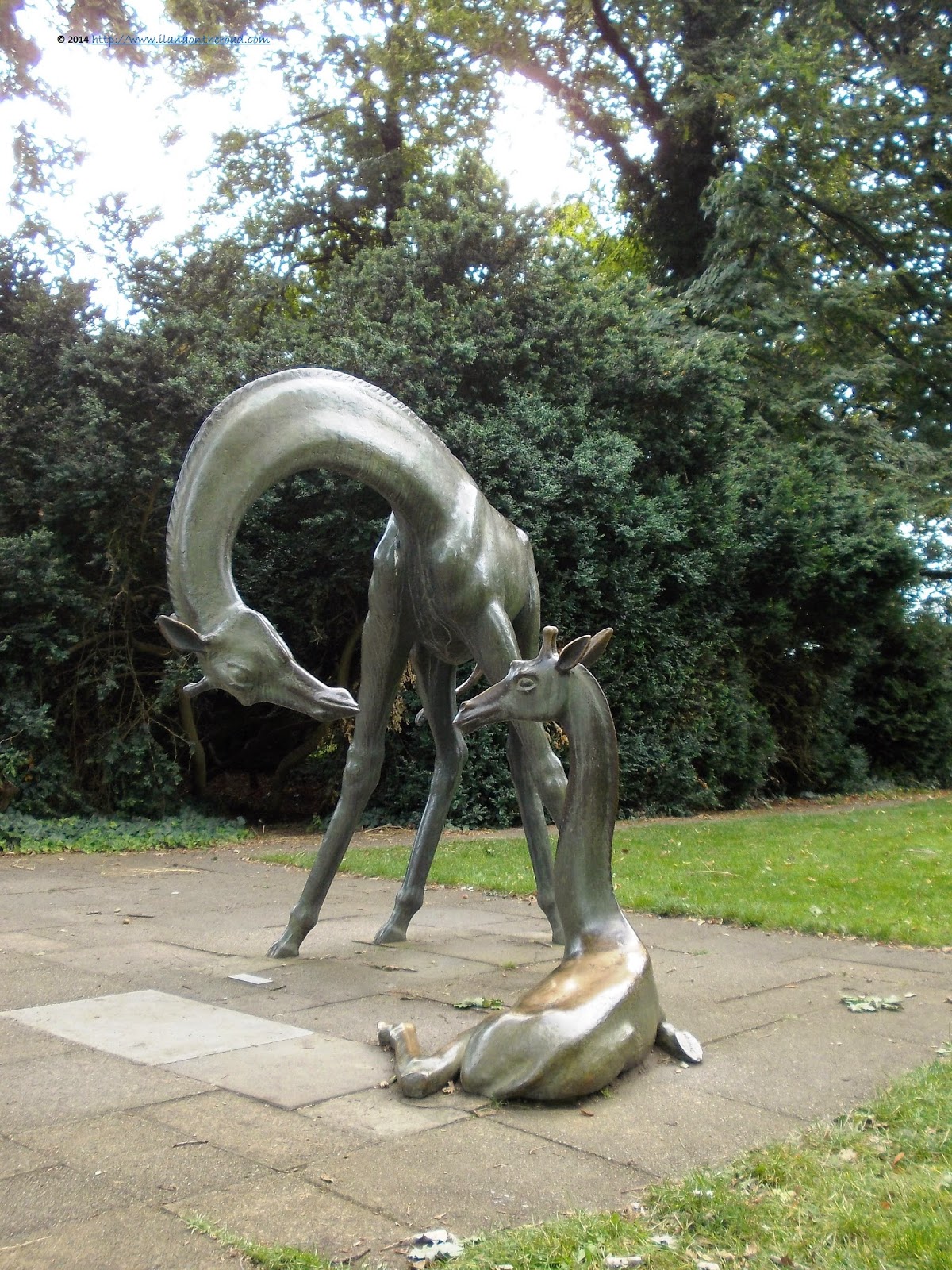 After so much diversity and exuberance of shapes and colours, a walk around the gardens with their manicured alleys bordered by wild flowers and gracious statues. The little coffee bar in the garden serves a good coffee and a variety of German-Austrian inspired dishes, such as the classical apple strudel. 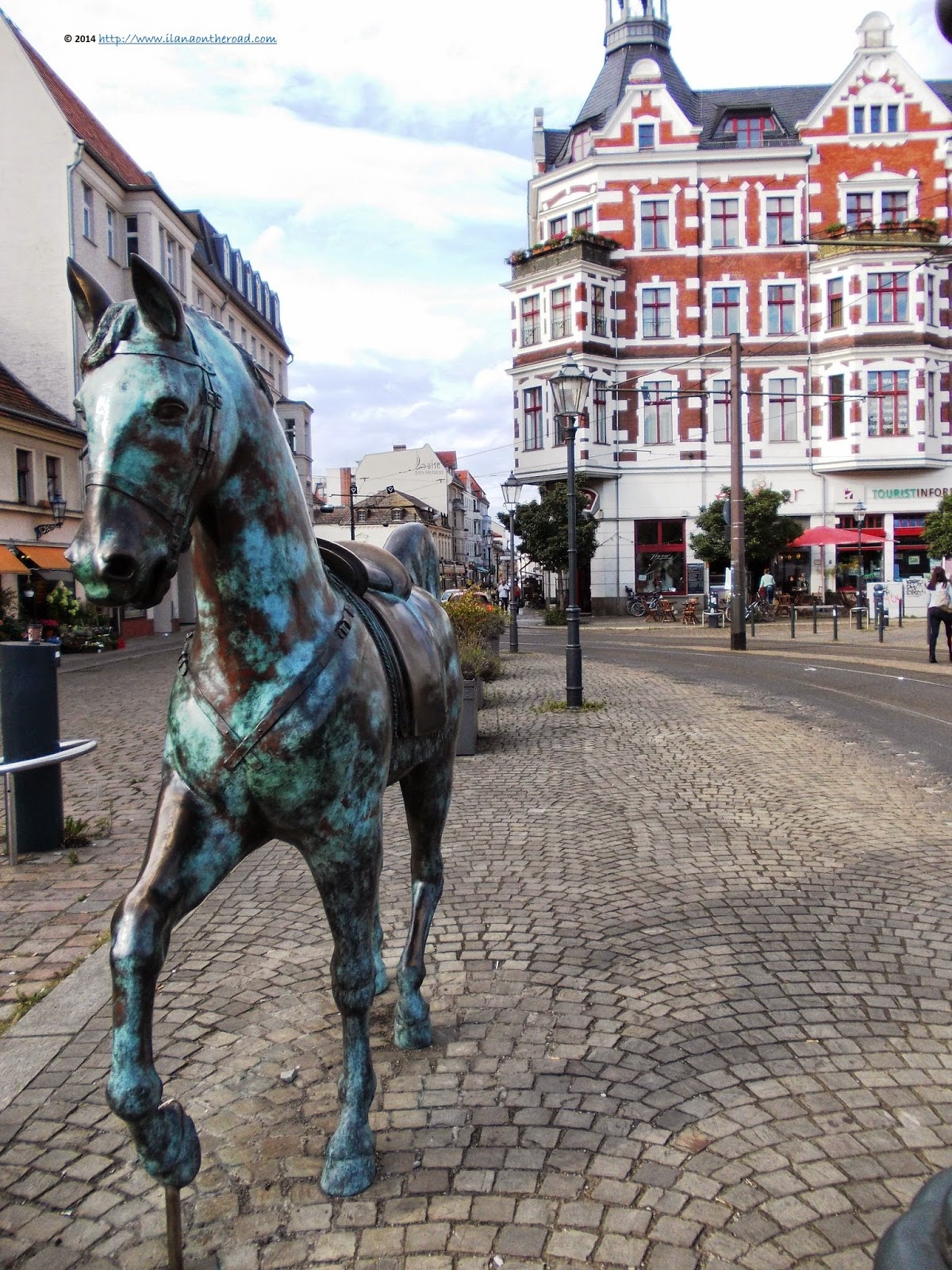 Enough with too much meditation! The Schlossplatz was bubbling with life, children enjoying the last days of the summer vacation and tourists spending their time out of the usual curious crowds. From the Tourist Office I was told that the celebrated Jazz Festival that used to last for a couple of weeks was not organized this year, due to the lack of funds. 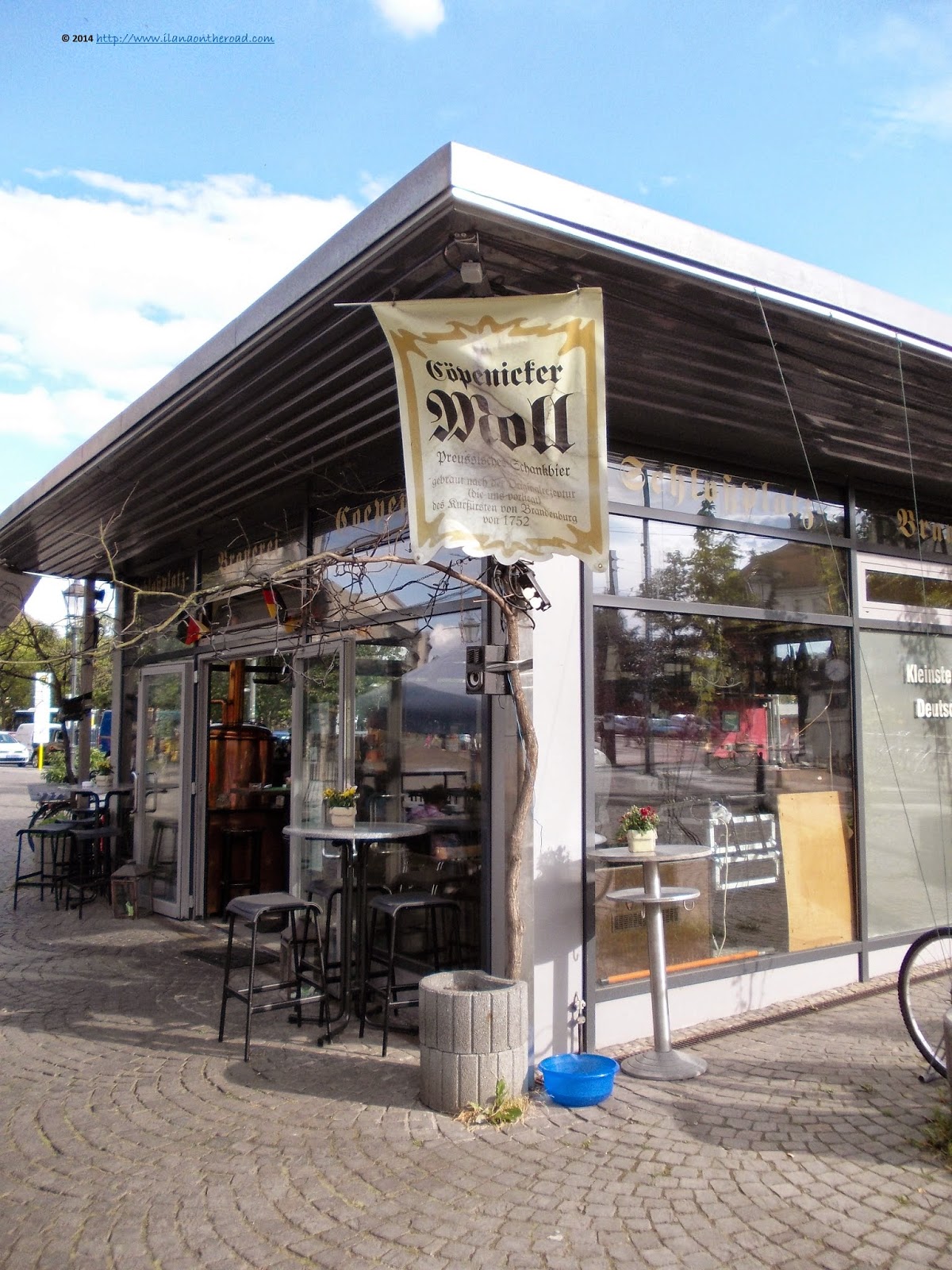 Lovers of beers with a historical touch would probably enjoy spending time at the smallest brewery in Germany. All round the day and the week, the square also hosts a market of fruits and veggies and a short visit to the ice cream parlours shall be included into the visiting program. 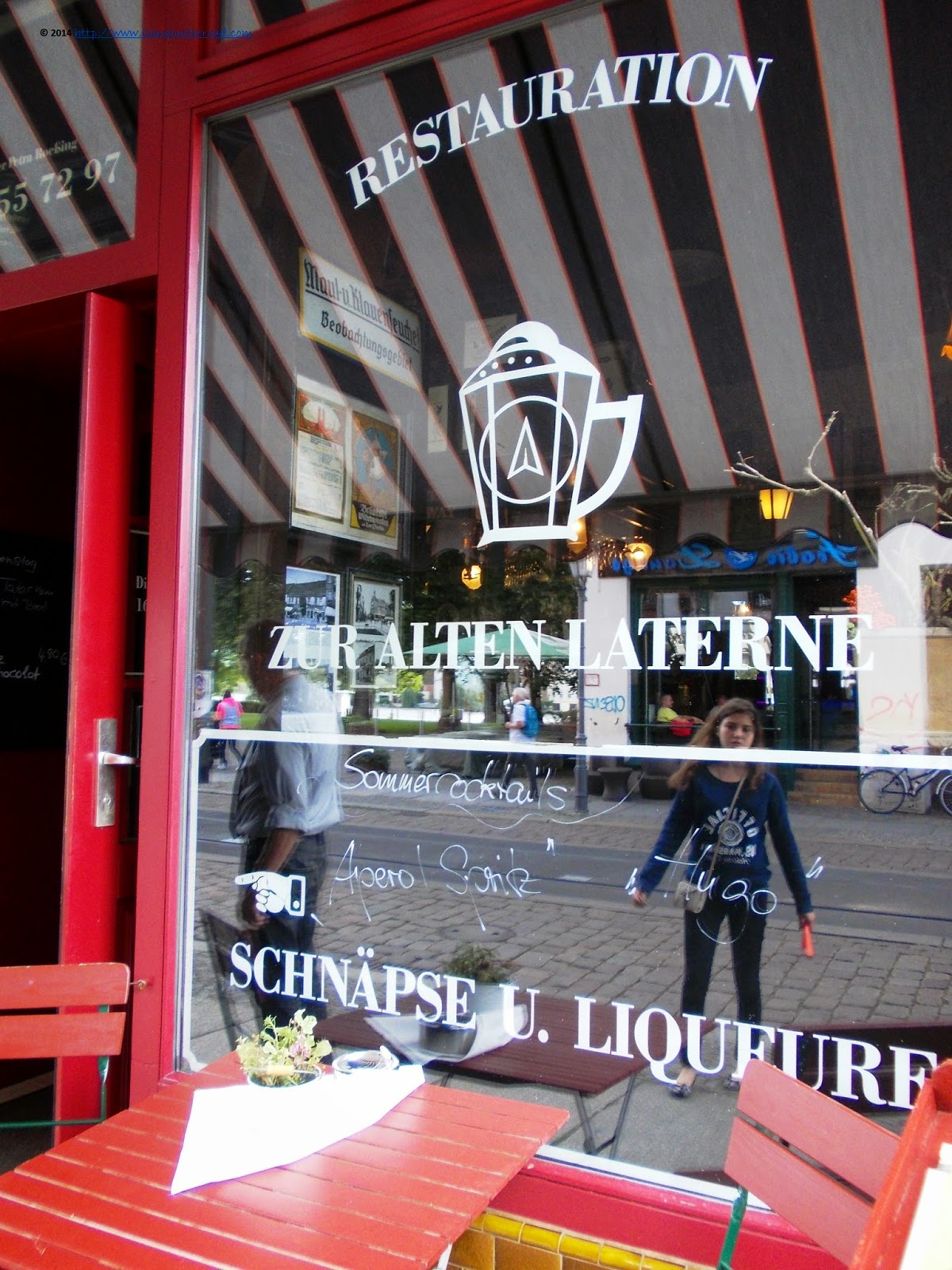 The streets are calling the visitor to a drink or some classical German cuisine, in historical locals. 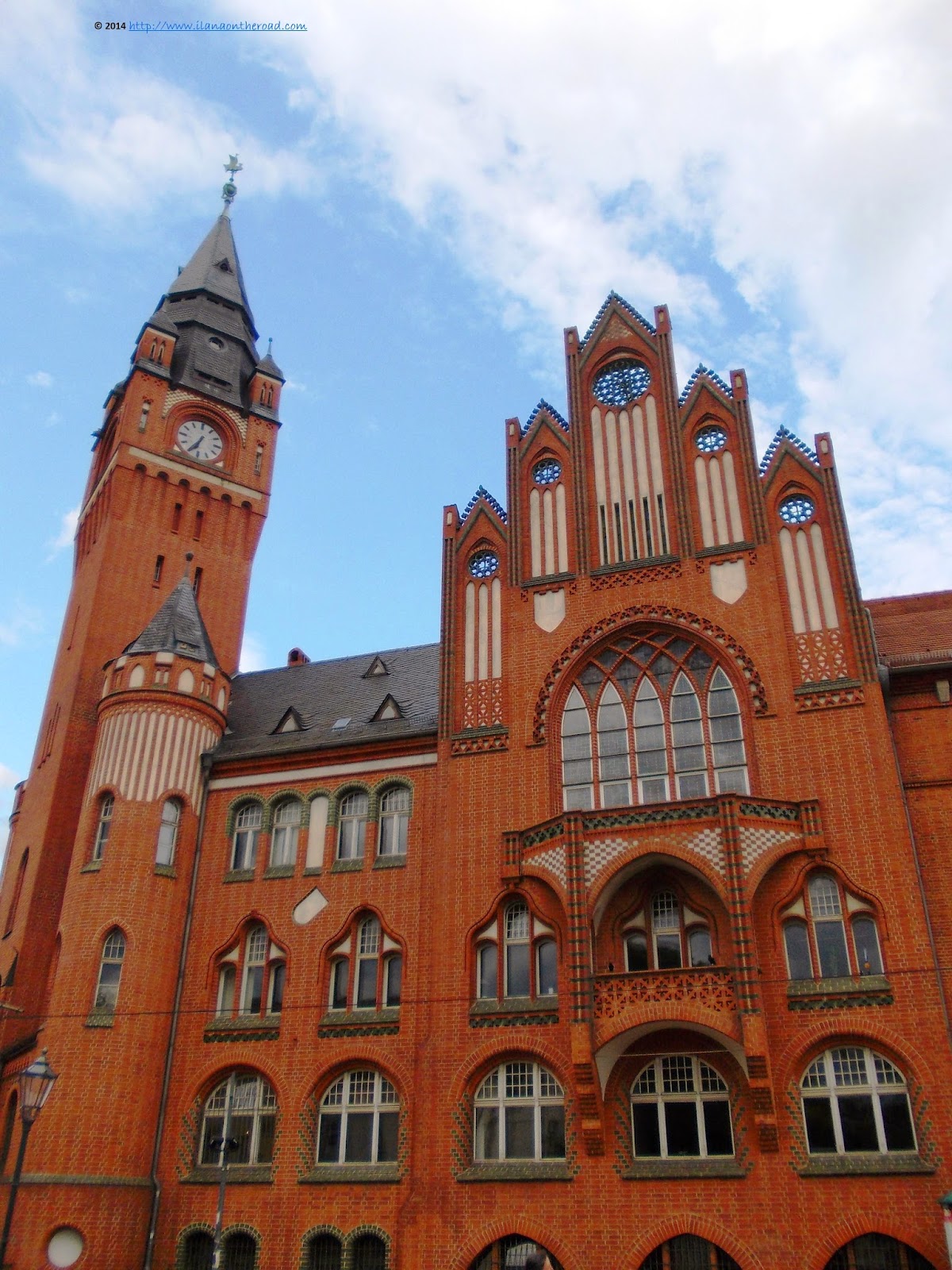 The impressive red bricked town hall cannot be ignored, with its 54 meter high and the combination of late Gothic and modern architecture. The initial construction was done in 1763, but considerably rebuilt and expanded at the beginning of the 20th century. 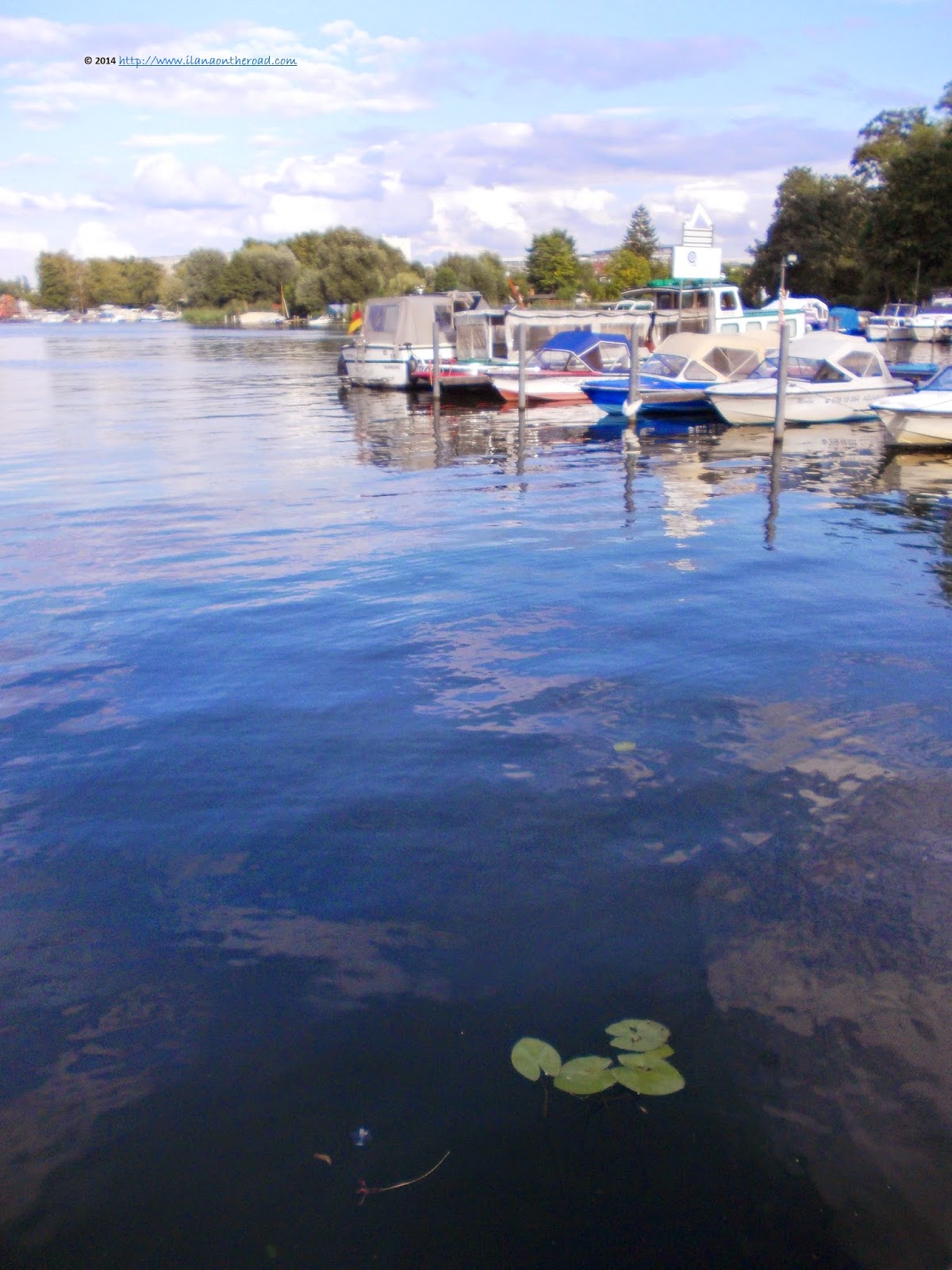 We keep walking and walking, on the Alter Markt and the small houses from Katzengraben. Close to the Spree area, there are entire streets with old fishermen houses, little dwarfs cottages, some of them offering holiday rooms. Boat tours are also available for those interested to discover this part of the city by boat. 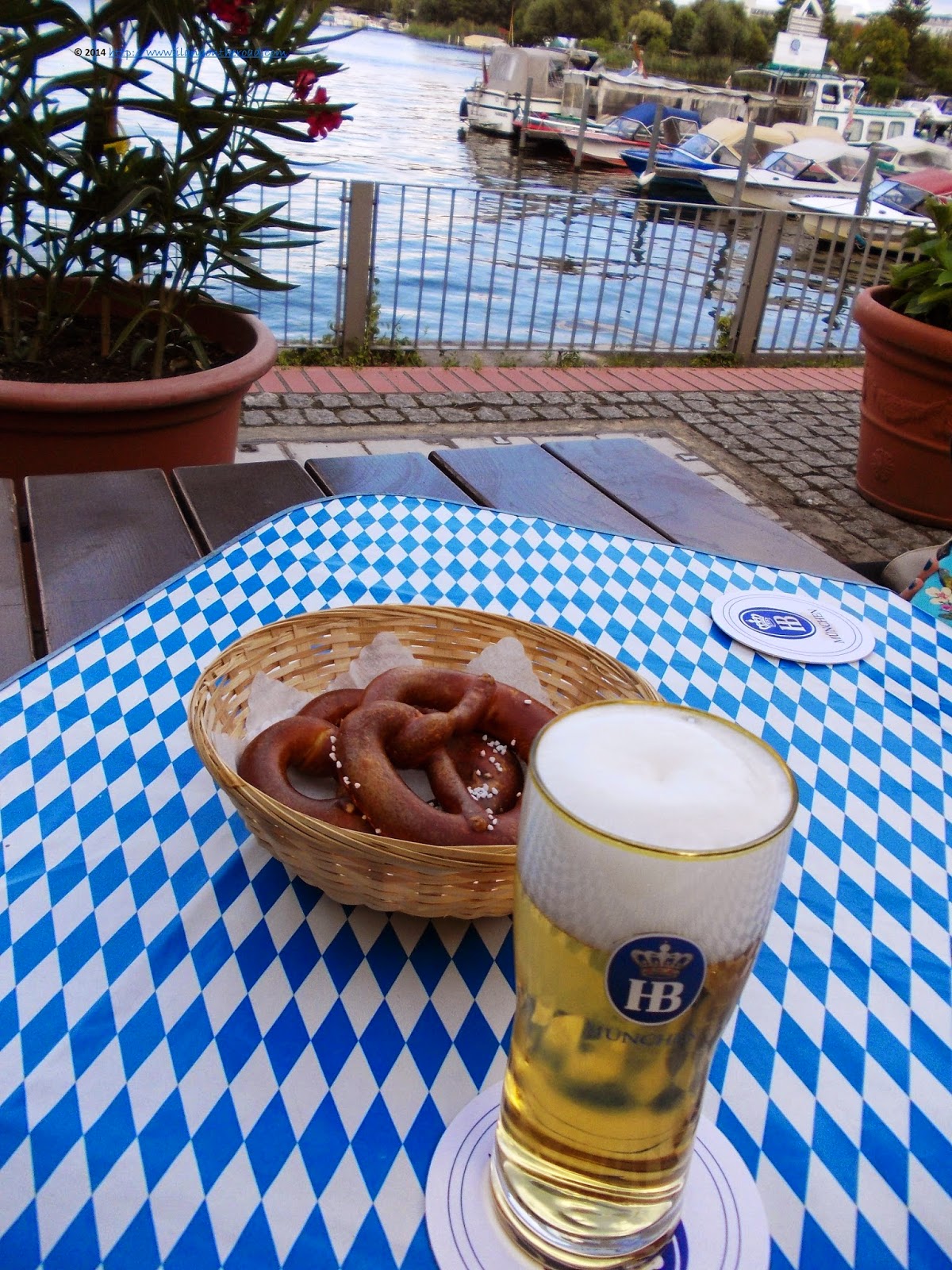 The culinary stop was at the historical Washhaus, nowadays a traditional Bayern local. I wanted to follow the regional trends and took a bretzel - was expecting it fresh and maybe warm too, but was disappointed - and my one and only beer of the season, a Radler. The view was very relaxing and wished I had more free hours. 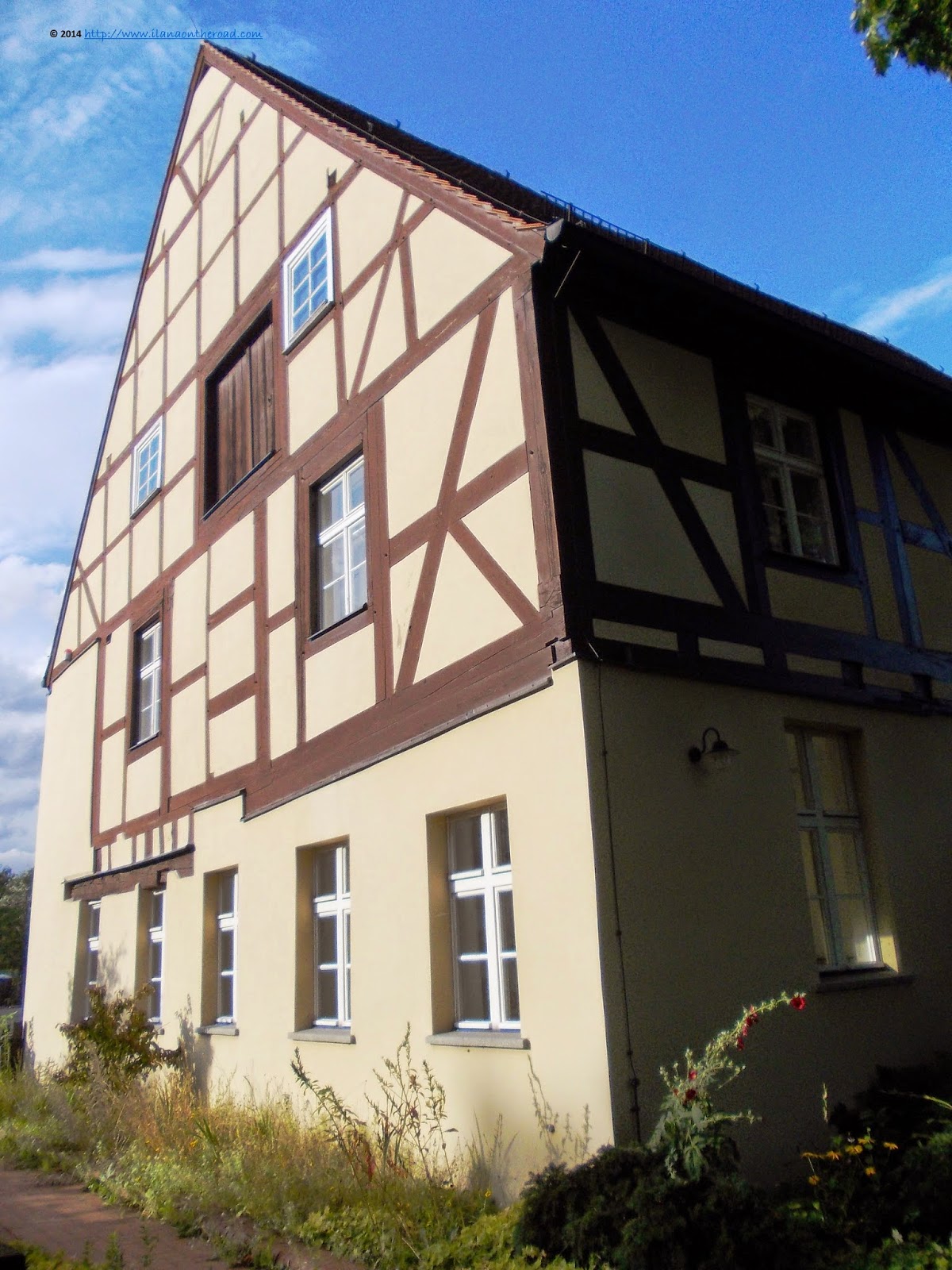 Those interested by a detailed history of Köpenick must visit Heimatmuseum, hosted in a small traditional house - a former children nursery and child care facility. Located on the island created by the meeting between Spree and Dahm, it used to be a former Slavic settlement called Kopanica, mentioned for the first time in 1232. Till its incorporation into Berlin in 1920, it used to be an independent town. Following the last administrative reform, it incorporated also the Treptow district, adding more nature to an already green framework. 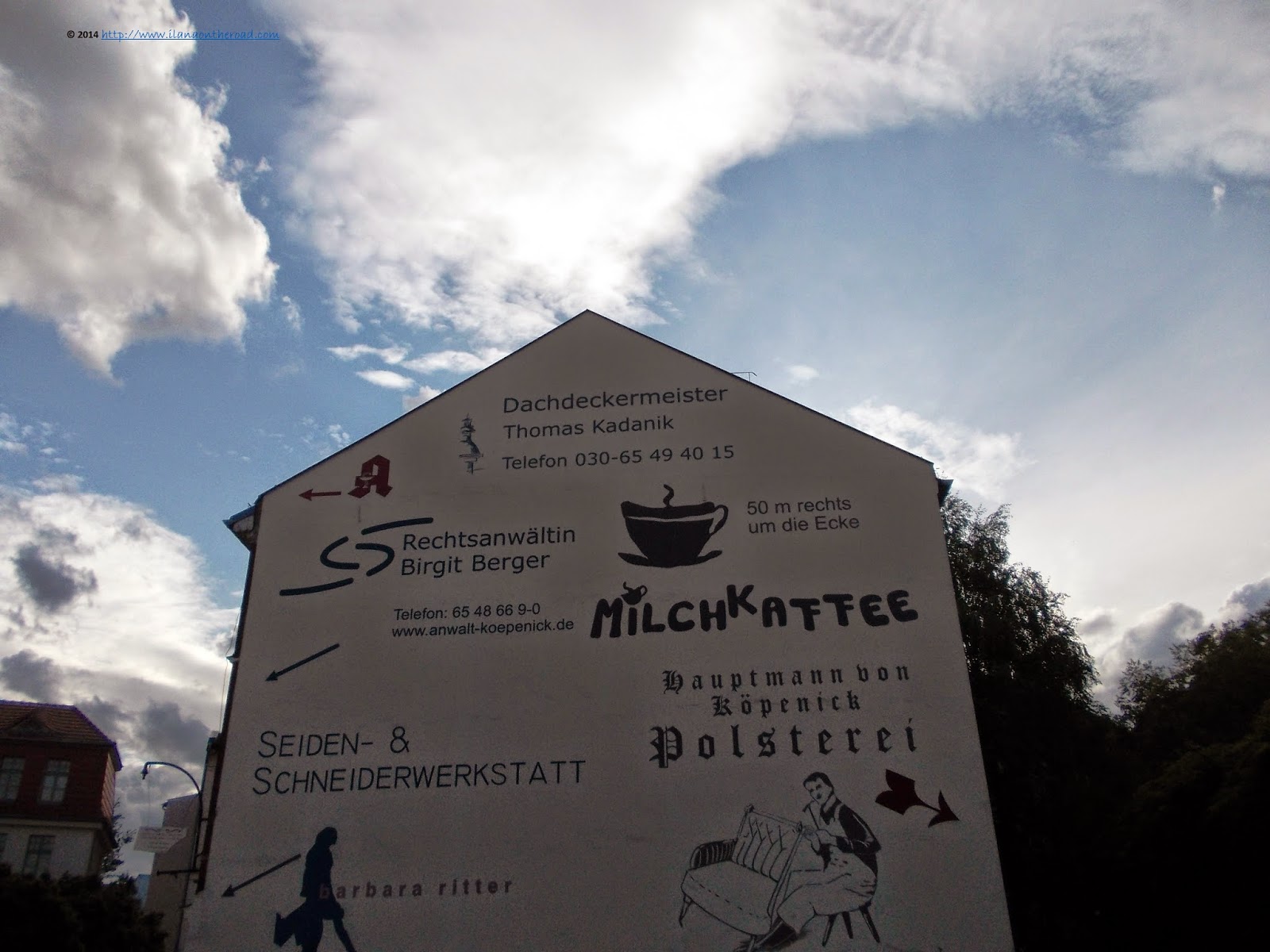 As usual, before leaving the old town, I took a last look at the huge advertising cocktail painted on the walls. 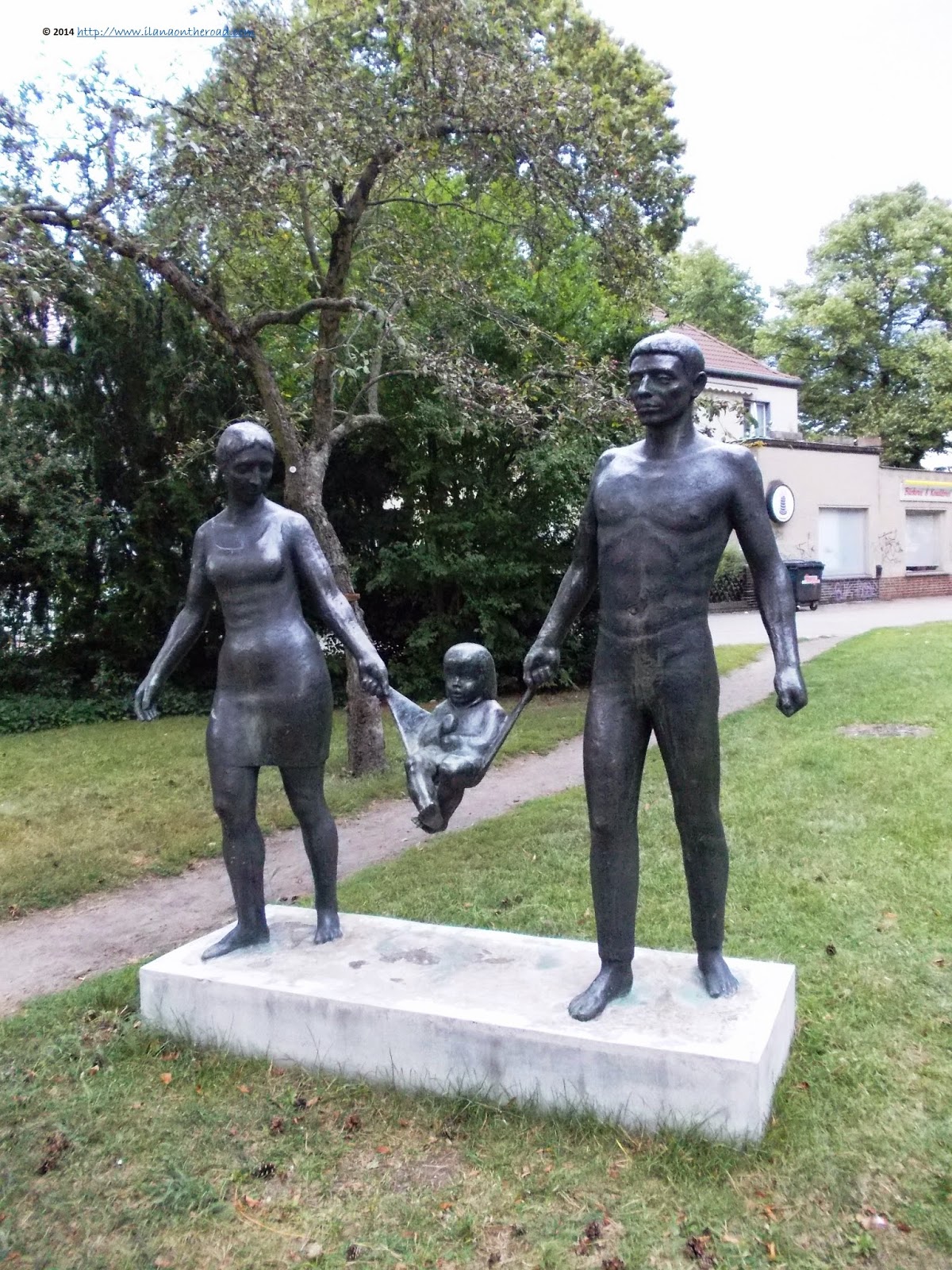 Back to the S-Bahn station, on the way back home, I realized that although there are slight chances to discover anything surprising in this part of the city, paying a visit from time to time it's relaxing and worth the long journey from a part to the other of Berlin.
Eingestellt von ForeignerinBerlin um 01:52